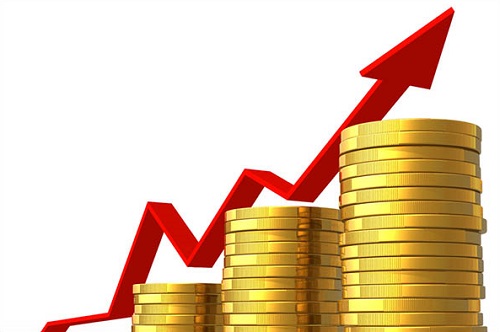 The country’s economy has recorded its slowest growth rate in the past 12 months, hitting 5.6 percent in the third quarter of 2019; largely due to slump in non-oil growth, the Ghana Statistical Services data has shown.

In the same period last year (Q3 of 2018) when overall GDP grew by 7.4 percent, the non-oil sector grew by 8.5 percent compared to the third quarter of 2019, which has seen growth slump by half to record 4.6 percent, a sure indication that the economy has been relying heavily on oil, at least, for the past year.

In terms of monetary value, activities in the third quarter generated an estimated GH¢85.2 billion for the economy, compared to GH¢74.2 billion, recorded same period last year. However, when inflation is taken out (GDP at constant prices), the economy is worth some GH¢41.5 billion.

Professor of Economics at the University of Ghana, Prof. Eric Osei-Assibey, has described the slow growth of non-oil GDP as worrying and a cause for concern, adding that, it may lead to government missing its 2019 growth target of 7.1 percent.

“It is definitely worrying because that is a sector which creates vast employment for the teeming youth, and so, if a sector which is more broad-based and more inclusive, is not performing that well, then it is obviously a concern.

Again, I think that the GDP growth [4.6 percent] is also a bit of concern because if the trend continuous, we will not be able to attain the end of year projection of 7 percent. It means that the fourth quarter should see massive growth in the region of 7 to 8 percent in order for us to achieve the projected growth of 7 percent,” he said in an interview with the B&FT.

He added: “Most often you see the economy picking up in the last quarter and given that there is quite a number of 1D1F projects actually beginning to operate, that will add some significant growth to the fourth quarter of the year.

We can clearly see that the financial sector cleanup is stabilizing and we also expect that within the fourth quarter, there will be an addition to GDP. But if this doesn’t happen, it means that it will be very difficult for the GDP growth of 7 percent to be attained, and that will have implication for the fiscal deficit and debt to GDP ratio.”

However, with regards to contribution to the economy, the services sector still maintained its standing position as the largest contributor with 45.8 percent, followed by industry with 35.7 percent and agriculture 18.5 percent.

To build or to buy

Fit and proper test beyond the financial meltdown