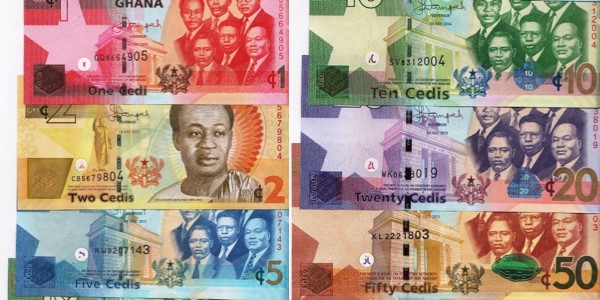 The Bank of Ghana will issue upgraded banknotes into circulation on May 6, 2019.

The upgraded banknotes will have enhanced security features, in line with evolving changes in the technological landscape, the BoG said in a statement issued in Accra yesterday

The public, however, need not rush to change their existing notes for the new ones, since the upgraded and existing series of banknotes will co-circulate.

The upgraded banknotes also come with improved durability and machine-readability.

The enhanced security features of the new notes include: Optically Variable Magnetic Image. This is a shiny colour-changing image of the cowrie shell on the GH₵10, star on the GH₵20 and cocoa pod on the GH₵50.  When the note is tilted, a shiny line across the cowrie shell, star, and cocoa pod moves up and down. The colour of the feature also changes from gold to green when tilted.

A new enhanced security thread has also been introduced into the bank notes. This is a shiny broken line with movement that runs through the banknote from top to bottom. It is continuous when viewed against light. When the note is tilted, a star expands and contracts while the denomination value stays still.

The watermark in the current notes has also been made more prominent. This is the image of Tetteh Quarshie with a cocoa pod, which has been made more noticeable in the plain star area of the banknote. It becomes visible on both sides when viewed against light. The denomination value can also be seen in the watermark area.

The public, however, need not rush to change their existing notes for the new ones since the upgraded and existing series of banknotes will co-circulate.