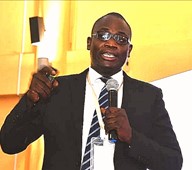 The developments in the digital economy have compounded the already dire challenges faced by Africa tax administrators, as tax laws in Africa countries are inadequate to deal with them.

According to Mr. Fred Awuttey, a tax advisor from EM Tax Advisors – in a technical paper presented on the topic ‘Taxing the Digital Economy; tax-compliance and tax administration challenges for African countries’ at the 9th Annual International Tax Conference of the Chartered Institute of   Taxation, Ghana, on the 21st August, 2019 – existing taxation principles for business income, per nexus rules, require entities to have a physical presence in jurisdictions where they operate.

According to the tax advisor, digitalisation has changed business structures over time, as online businesses interact directly with customers instead of business to business arrangements which require intermediaries in a jurisdiction.  “Businesses that conduct their activities over the Internet may escape the need to pay company income tax. Indirect taxes, such as VAT, will be difficult to collect for digital products since digital businesses deal directly with their target customers without selling through intermediaries.” Mr. Awuttey also explained that there will be a reduction in withholding institutions as tax laws place withholding responsibilities on the institutions.

Drawing lessons from the approaches by India and United Kingdom, Mr. Awuttey explained that African countries must modify their individual domestic tax rules to deal with developments in the digital space in two phases: first, Africa countries must adopt interim measures to levy a marginal tax on gross revenue  of digital businesses; second, a long-term approach must be adopted to determine a significant economic presence for digital businesses to deal with  the corporate income of the entities.

He explained that as an interim measure, the Revenue Authorities must liaise with Financial Institutions and appoint them as withholding agents for payments made for digital businesses.   Mr. Awuttey also touched on current proposals made by international organisations such as the Organisation for Economic Corporation for Development, United Nations and European Union.

He further indicated African governments must collaborate to effectively deal with tax challenges arising from the emergence of a digital economy.

On his part, Professor Sanni Abiola – a solicitor of the Supreme Court of Nigeria and a Tax Lecturer at the University of Lagos, commented that African governments must develop a multilateral agreement to deal with emerging tax challenges.