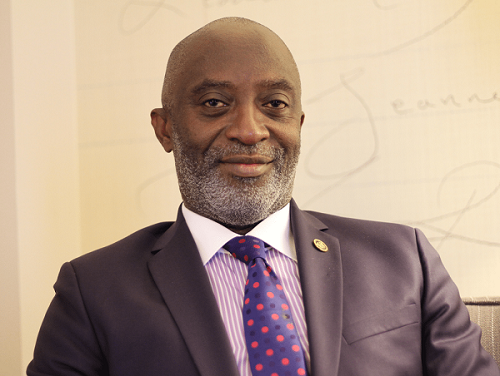 The country is bracing for increased Foreign Direct Investments (FDIs) as the economic fundamentals improve and long-term capital flows into viable and robust economies on the continent, Yofi Grant – Chief Executive Officer of the Ghana Investment Promotion Centre (GIPC), has said.

Having successfully reduced the country’s fiscal deficit from 7.3 percent of GDP in 2016 to 4.2 percent in 2018, increased GDP per capita to US$1,813.80 in 2017 and exited the IMP bailout programme, he believes more FDIs should be expected.

Government is keen on ensuring fiscal discipline and changing fundamentals of the economy from being reliant on export of raw materials to an industrial base. Projects such as the One District, One Factory and Planting for Export programmes are part of strategies to change the economic fundamentals that are open to FDIs.

“An investment is not an activity but a relationship that we need to protect, and we prefer the sustainability, irreversibility and growth which it brings – and Ghana is replete with such stories. We seem to underestimate the opportunities FDIs bring,” he said at the signing of a partnership between Axis Pensions Group and AFIG Funds in Accra recently.

He noted that a critical look at sectors such as banking, mining, hospitality, telecom and others will point to their sustained growth thanks to FDIs.

With a target of US$10million worth of FDIs in 2018, the GIPC was able to directly register 168 projects with a total estimated value of US$3.54billion. This comprised FDI of US$3.32billion and a local component to the tune of US$216.58million. Total initial transfers amounted to US$137.48million.

Touching on the signing of an investment in Axis Pensions Group – a local pension trustee – by AFIG Funds, a private equity firm focused on Africa, Mr. Grant noted that such investments underline the story that Ghana is the best investment destination in West Africa, if not in Africa.

“The Ghana story is a great story by any standard. We are aggressive in our quest to grow the country and the Ghana story is one that has brought hope to this continent, right from the days of Dr. Kwame Nkrumah when he spearheaded liberation of the continent.

“Now 62 years and going, Ghana is once again spearheading the African financial, economic liberation/emancipation and strengthening, and this is one we should hold with pride. We do have the opportunities and human capital to leverage opportunities into significant growth, and that is what the Ghana Beyond Aid agenda means,” he said.

He expressed his delight with AFIG’s continuous investment on the continent, because as an Africa-focused fund its investments allow businesses to think continental.

“To me, the pan-African economy has started, and as we move into the Continental Free Trade Area we are going to see even more significant opportunities and trade, and we are encouraging a lot of Ghanaian businesses to seek investments that will enable them to not only operate in Ghana but also in the sub-region and continent,” he added.

Axis Pensions to get listed in half a decade

Daniel Ogbamey Tetteh, Director General of the Securities and Exchange Commission (SEC), also expressed his delight for such a signing – noting that for AFIG to spot this great business opportunity, it is a signal that Ghana does have some great investment opportunities.

“We need to deepen investment opportunities locally, and one of the ways to do that is to see more companies come to the stock market. As a regulator, we are looking at ways to strengthen our market and give more confidence to long-term capital investment.

“I would urge Axis Pensions, as it has taken this step, to start preparing itself to come to the market; because it adds confidence to the industry, boosts its corporate governance mechanism, introduces more transparency into its operations, and places profitability of the business first,” he noted.

Afriyie Oware, Managing Director of Axis Pensions Group, also noted that this partnership represents a validation of their business model. “As a business, we have been trying to build a model that thrives on efficiency, and technology has been a driving force. For a strategic investor like AFIG to partner us, it is a sign of validation that what we are doing is something right.”

He added that such a signing represents an opportunity for the company to take on Africa. With a total of GH¢1.8billion of pensions assets under management, Mr. Oware, who is targetting an asset base of GH¢10billion over the next decade, believes that Axis has done well enough in Ghana and the business model provides them with an opportunity to establish its footprint in other markets.

“AFIG is a company that has vastly invested in other countries on the continent, with decades of experience. They give us a platform to launch our international expansion programme.”

Touching on going public, Mr. Oware said listing on the stock exchange has always been part of the plan for Axis. “We have made a commitment that in the next four to five years we will come to the market,” adding that targetting the informal economy is part of the plan for the next half-decade.

We are on course to meet the single currency criteria –...