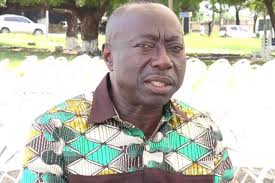 The transparency and anti-corruption body Ghana Integrity Initiative (GII) is demanding the removal of the new Board Chairman of the Ghana Revenue Authority (GRA), Kwame Owusu, on grounds that it describes as abuse of office and conflict of interest.

GII, which is the local chapter of Transparency International, said the appointment of Mr. Owusu – who served as Managing Director of the Ghana Maritime Authority – must be revoked immediately by the president, pending the conclusion of an investigation into his tenure at the maritime body.

Already, it said, efforts by governments over the years at widening the tax net have been fraught with many challenges, and that Mr. Owusu’s appointment could derail gains in promoting tax compliance and revenue mobilisation.

“The appointment of the former Managing Director of the Ghana Maritime Authority, Mr. Owusu, as the Chairman of the Board of Directors of the Ghana Revenue Authority has evoked disappointment among the general public, particularly because of the events preceding his exit from his previous job. The raging debate is focused on the integrity of Mr. Owusu and its implications to public perception of the institution he has been appointed to,” GII said in a statement.

The non-profit organisation therefore urged President Nana Akufo-Addo to be guided by the sections of his oath of office which state – “… and that I dedicate myself to the service and well-being of the people of the Republic of Ghana and to do right to all manner of persons,” and revoke the appointment with immediate effect.

The said service which the president swore to all Ghanaians, the statement noted, include holding himself and appointees accountable to the people of Ghana, and making information on his accountability available to the people whose mandate he holds to govern.

“Anecdotal evidence suggests that in addition to the myriad problems faced by Ghana Revenue Authority, trust in government to use the tax revenue prudently for the benefit of taxpayers sinks with every corruption exposed in the public sector.

“In line with the above, GII holds the view that it is out of place to appoint an individual whose integrity has been questioned to the Board of such a sensitive entity as GRA. However, if the president wants to stand by his decision, then GII calls on him to publish the report of investigations that contradict the allegation of conflict of interest and financial misappropriation made against his appointee,” the statement further read.

It warned that failure by the president to revoke Mr. Owusu’s appointment, or publish the report that clears him, will only contribute to negating all the efforts of GRA to promote voluntary compliance with the country’s tax laws – and hence leave the country to mark time at a tax to GDP ratio of 12.6 percent (Ministry of Finance 2018 fiscal data Jan – Dec).

See Also:  GIPC elected as Director representing sub-Saharan Africa on the Steering Board of WAIPA

Also, the statement urged the president to be guided by Ghana’s commitment to the Open Governance Partnership (OGP), which the country signed onto in 2011.

The OGP commitment, GII explained, revolves around the pillars of transparency, empowering citizens to participate, and harnessing new technologies to promote good governance.

It added: “Therefore, publishing reports of investigations into the conduct of public officers is an evidence of good and open governance practice, which would be consistent with their oath of office”.

GII comments come on the back of Mr. Owusu’s appointment by President Akufo-Addo as new Board Chairman of the GRA, last month.

The June 18, 2019 appointment letter asked Mr. Owusu to acknowledge his acceptance of the post within 14 days.

However, given his controversial tenure at the Ghana Maritime Authority – which was tainted by allegations of abuse of power – the appointment has created a huge outcry, particularly among anti-corruption campaigners and civil society organisations.

‘China to draw up new blueprint for Africa’

Comparative economic concerns that are prudent in the development of Africa