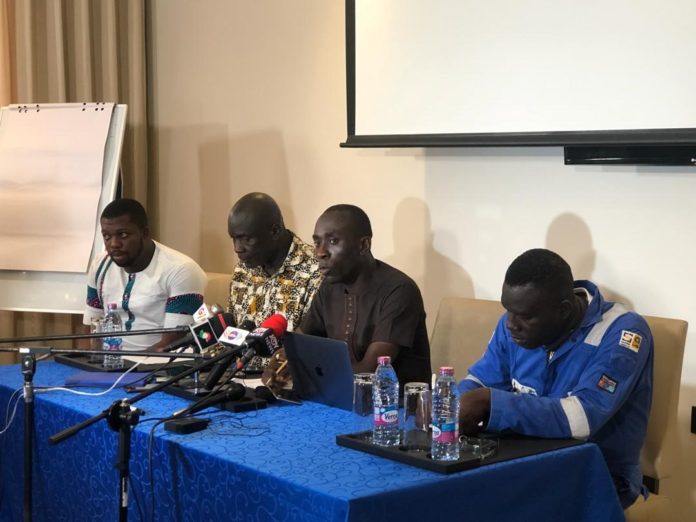 Ghana Gas has assured that there is more gas flowing, and the challenges in power production and supply experienced over recent weeks should be down to their barest minimum.

“We are constantly on point and we are delivering on getting gas to VRA and the other IPPs for them to produce electricity. Currently, we are doing about 130 million cubic feet of gas, which is very significant. It is going to help generate about 680 to 700 megawatts (mw) of electricity,” Ernest Owusu Bempeh, Head of Communications at Ghana Gas, said at a press briefing in Takoradi.

He explained that the expansion project which took place at the Takoradi regulatory and metering station has expanded the capacity of gas that can be transported.

“Initially, the capacity was about 130 million standard cubic feet (mscf) that could be transported. Now, it has been expanded to 405mscf. This means if the VRA wants more gas up to about 400Mscf, we will be able to provide it for them; basically, we have gas available and our capacity has also been expanded so that we can take more gas,” he said.

He added: “Akosombo is giving us 900mw, and here the 130mscf of gas will also

give us almost 650-700mw of power, plus 60 on the other side; Eastern reverse flow will give us 300mw and Nigeria gives us about 500mw. It tells you that we have a lot of capacity available to produce electricity for the people of Ghana”.

On Karpowership project, Mr. Joseph Ewoniah, Community Relations and Corporate Social Responsibility Manager of Ghana Gas, explained that pipes which are expected to be used in working have been in country since the middle of March this year.

“The contractors are doing the welding and they are working on them assiduously; we believe that as soon as the welding part is done, they will start doing the coating and also testing. So, after those phases, the next phase will be trenching and laying the pipes underground,” he said.

“Currently, we are looking at the two types of pipes: we have the 20-inch pipe which we are going to use for the onshore – that is from Aboadze to Essipong, where we are separated by the sea.

“Then from Essipong, ‘the beach’ down to the Naval Base, a 26-inch pipe line will be used. So, we are going to work seriously to ensure that we meet our deadlines. We are sharing in the Energy Minister’s aspiration as well as that of our CEO – we have to finish this work by the close of June or middle of July.

“On the same project, one of our key areas is the onshore terminal station (OTS); and that station is sited at Essipong. Work is also steadily in progress; all our equipment is here. We have our engineers and contractors on site day in day out working, even over the weekend, to ensure that we meet the deadlines,” he added.

Some 9 banks are ready for QR code

Politics about ideas not fight – MP