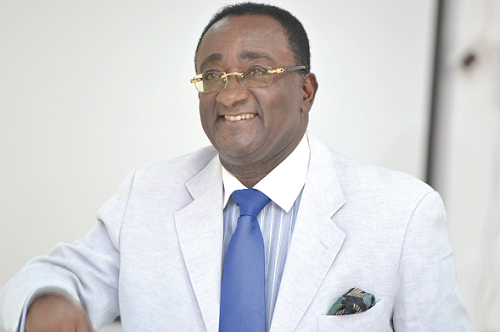 Government is determined to rake in more revenue from non-traditional crops like avocado, mango, coconut and oil, as it shifts from over-reliance on cocoa as the main foreign exchange earner, Dr. Owusu Afriyie Akoto-Food and Agriculture Minister, has said.

Breaking the ground for construction of a 1D1F agro-processing factory at Apedwa in the Eastern Region, he said the economy has for long relied on the single commodity for its forex revenue, which should not be the case.

He said: “This government is determined that should not be the case, hence the Planting for Exports and Rural Development (PERD), which focuses on the development of other crops apart from cocoa.

Dr. Afriyie Akoto also indicated that government remains committed in its quest to revamp the dominant agriculture sector, so as to attract the needed expertise and investments to enhance sector productivity, cushion food security and create more jobs.

“We seek to reposition the agricultural industry to make it an attractive and sustainable avenue for employment and investment from both local and foreign investors,” he noted. 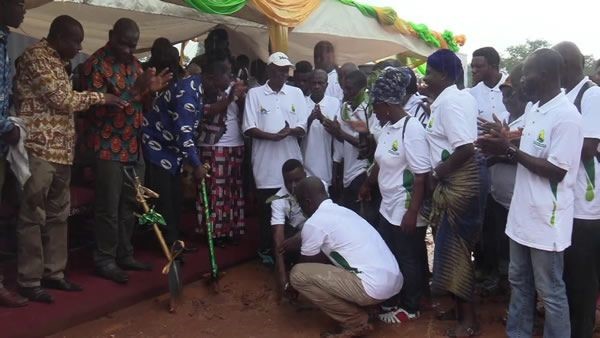 The agric minister applauded Akuapem Gold Agro Processing Limited for the “strategic investment” that seeks to add value to avocado for export.

He indicated: “This company has taken a bold step to put avocado on the processing and export map of Ghana. A seasoned local delicacy is now being developed and processed into an export commodity.

“This is a strategic investment, because avocado is a crop of the future; it will promote rapid industrialisation in Akyem Abuakwa and create jobs.”

The first phase of Akuapem Gold Agro Processing Limited’s plantation development involves 2,000 acres of high-breed avocado, of which about 200 acres of avocado are already under cultivation with a target of covering 10,000 acres over the next five years.

The processing factory, which is in the second phase, will have the capacity to produce between 6 to 8 tonnes of processed avocado per hour; and will generate about 5,000 direct and indirect jobs for youth in the community.

Total world trade in avocado is estimated to be over US$16billion, growing at a very fast rate of nearly 10 percent per annum.

Chairman of Akuapem Gold Processing Limited, Albert Wilson, indicated in his remarks: “This project is in line with the company’s vision to develop a mixed plantations portfolio of targetted crops, including non-timber forest products using an agro forestry approach in an integrated fashion”.

He added: “The plantation and factory being constructed will create jobs for the youth, reduce poverty in the catchment areas of its operation, and offer training for the rural youth in agribusiness”.

Okyehene Osagyefo Amoatia Ofori Panin, who chaired the occasion, commended President Nana Addo Dankwa Akufo-Addo for his leadership and foresight that gave birth to the flagship One District, One Factory programme.

He tasked leadership of the company, workers and out-growers to work in harmony to grow the business, which will bring jobs and wealth to people of the area.

Editorial : Use stimulus to keep an up-to-date record of MSMEs in the country

Crude revenue drops 5% despite 15% increase in production for 2019

GH¢80m put aside to pay 50% allowance for health workers

Impact of COVID-19 on emerging markets and frontier economies: evidence from...