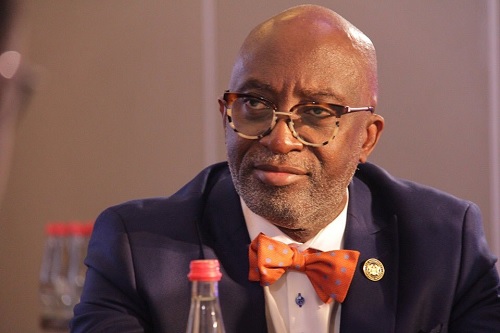 The announcement was made at the 24th WAIPA World Investment Conference held in Warsaw, Poland from October 7- 8, 2019. The conference was hosted by the WAIPA Regional Directorship for the European Union, the Polish Investment and Trade Agency (PAIH).

GIPC won this position after it got the most votes at the WAIPA General Assembly meeting. The Centre contested for this position with Investment Promotion Agency of Mali (API-Mali), and the Economic Development Board (EDB) Mauritius.

As a regional director, the Centre will help facilitate the investment activities of Investment Promotion Agencies (IPA’s), and improve intellectual and investment frameworks to improve foreign direct investments in the regions.

Additionally, the Centre will lead IPA’s in the Sub-Saharan region to organize capacity building pogrammes and lead discussions on Intraregional facilitation as well as increase awareness,open up regional markets, and advice WAIPA on all relevant issues relating to FDI in regions which need attention.

Speaking on this new role, Mr Grant said it is perhaps a recognition of Ghana’s leadership role on the continent especially in the area of trade and investment and also being selected to host the headquarters of the African Continental Free Trade Area (AFCTA) .

experience sharing and capacity building as well as reforms and making sure that “we do actually accelerate growth in Africa through investments”.

Additionally, he said with the right partnerships, Africa could increase its economic fortunes especially as the Continental Free Trade Area (CFTA) demanded that African countries identified their own strengths and opportunities which was well expressed in the present Ghana/ Africa Beyond Aid Agenda.

See Also:  Statement from the Executive Women Network on CSE

On the benefit of this new position for the Centre, Mr Grant said “the role meant that the Centre would be working with African IPA’s to ensure that we have the right frameworks, improve our ease of investments and facilitation and constructive investments in partnership with our own indigenous economies, and drive policy to make sure that African countries become more attractive thereby increasing Foreign Direct Investments (FDI)”.

WAIPA is a non-governmental organization that was established under the auspices of the United Nations Conference on Trade and Development (UNCTAD) in 1995 in Geneva as an Association under Swiss law. Currently its operational office is situated in Istanbul.

Its objectives among others are to promote and develop understanding and cooperation amongst IPAs, strengthen information-gathering systems, promote the efficient use of information and facilitate access to data sources, and share country and regional experiences in attracting foreign investment and enhancing outward investments.

WAIPA is currently made up of 125 IPA’s across the world.

Letter to my undiagnosed self