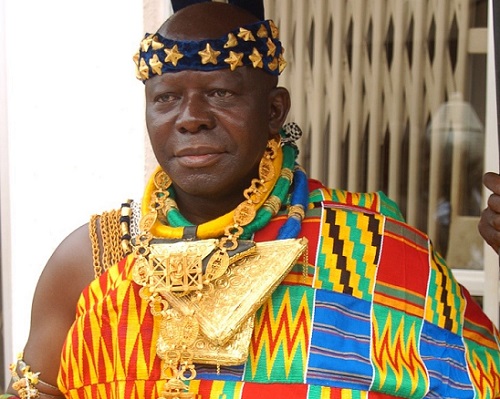 The World-Meets-In-Ghana Investors’ Forum and Executive Dinner Ball is billed to take place in Kumasi, the Ashanti Regional capital, as part of the official programme for the 20th anniversary celebrations of the coronation of His Majesty, Otumfuo Osei Tutu II, King of the Ashanti Kingdom of Ghana.

The Manhyia Palace – which is the seat of the Asantehene, Ministry of Business Development, Ministry of Aviation, Ghana Investment Promotion Centre, Ghana Free Zones Authority, Association of Ghana Industries, Ghana Chamber of Commerce and Industry, the UAE-Africa Mentoring Development Consortium (UAMDC) and some key media partners are collaborating to bring big-time investors to Ghana.

It is being organised under the theme ‘Ghana, a promising investment destination in Africa’, and the main organiser – E ON 3 Group – has indicated in a news release that it is determined to use Otumfuo’s 20th anniversary celebration to create “a platform to share Ghana’s tremendous investment opportunities with investors”.

Sharing Ideas
The E ON 3 Group is also seeking to create a platform of engagement among investors from
around the world and the local business community, as well as project Ghana to investors
as the most attractive investment destination in Africa.

The group further said it is seeking to highlight promising areas of the Ghanaian economy to the world, and create networking opportunities among businesses, investors and government representatives.

See Also:  Don’t give other jobs to teachers who run away after study leave – TEWU

According to the release, the event has been divided into two parts – the Executive Dinner Ball, which takes place on 3rd May, 2019 at the Manhyia Palace at 7:00 pm; and the Investment Forum the following day at Golden Tulip Hotel, Kumasi, at 9:00 am.

Executive Dinner Ball
“The Executive Dinner Ball is expected to attract about 750 participants, most of which are
accomplished investors and public officials. The occasion will be graced by high dignitaries
including President Nana Addo Dankwa Akufo-Addo; former President J.A. Kufuor; ministers of state; high-profile public sector officials; members of the Diplomatic Corps and both local and foreign industrialists,” according to the release.

E ON 3 Group pointed out that: “The Executive Dinner Ball will be for high-profile personalities. It is meant for the celebration of the 20th anniversary of the enstoolment of His Majesty Otumfuo Osei Tutu II, as well as an occasion for government to present its vision of attracting investments into the country”.

E ON 3 Group stressed that attendance at the event is by invitation only.

The release also disclosed that Professor Napoleon Moses, Vice-President for Academic
Affairs-Alcorn State University in the United States, is expected to speak at the Forum.
In addition to his consultancy, Professor Moses served as a tenured faculty member and Dean of Applied Sciences, Provost, Vice-Chancellor and Chief Operating Officer for universities in Louisiana, Mississippi, and Chicago, IL. His consulting also includes advocating for the concerns and interests of a select group of clients before Members of the U.S. Congress. Prof. is currently Chairman of Access Global, Inc.

The Ashanti Regional Minister will make a presentation on investment opportunities in the
region; and the Minister for Finance will deliver an address on the topic ‘Providing the Good Economic Governance and Macro-economic Framework to Underpin the Take-off of the Ghanaian Economy’.

President Akufo-Addo, the release stated, will cap it off with a brief address on the above topic. Organisations and individuals which have contributed significantly to cultural
and socio-economic development of the country will be honoured during the Executive Dinner Ball, especially those impacting lives.

E ON 3 revealed that more than 20 embassies and high commissions, as well as top business entities, have confirmed their participation in the event.