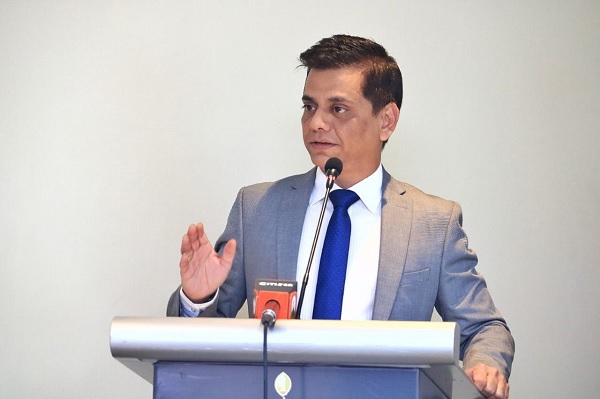 The Indian mobile handset brand, Lava International has strengthened its international roots by entering into the newer markets like Ethiopia and South Africa this year. The company has aimed to further mark its growth with its strategic initiatives to amplify and enlarge their business to other international markets.

Lava International Limited is quite vividly present in various geographies such as Russia, Uzbekistan, Nigeria, Ghana, Kenya, Sudan, and Tanzania. Replicating its trade friendly practices from India, Lava is also rapidly gaining the trade trust in Egypt and has been rated the most recommended brand by the retailers. Further to this the company has been flourishing its operations in Egypt, by establishing it as a headquarters and manufacturing hub for Africa

The home-grown company had entered into Egypt in 2017, has been able to capture a market share of 15% in the sub $100 segment within a year of its launch and since then it has opened various job avenues for the African citizens.  China has also been a sturdy market for Lava and has provided them with great opportunity to grow leaps and bounds with the launch its first assembly unit in 2011 and the R&D centre in 2012.

Speaking on the expansion, Mr. Vikram Parmar, Business Head- Africa, Lava International Limited, said- “This expansion in Ethiopia and South Africa has presented us with ample opportunities to take the company to newer heights internationally. The development also allows us to connect the people of various geographies through our products and services which at the same time help us to increase our brand recognition. With this determination we are making these advancements & developments into new markets and opening a pool of job prospects for the citizens of these markets”

Embarking the huge success in various African subcontinents, china, Russia and Uzbekistan, the company has been rigorous in its operations and research & development with a plan to capture the market of Ethiopia and South Africa by 2019. This international expansion in Ethiopia and South Africa will further intensifies it growth as a brand and provide them with ample business opportunities to expand further in the neighbouring markets.

Lava has been a strong player in the feature phone segment in India and has captured a market share of 10%. It is the only Indian company to have its first SMT (Surface Mount Technology) plant dedicated towards local manufacturing of PCBA (Printed Circuit Board Assembly) units.

Lava has completed its end-to-end control on product value chain with in-house capabilities of Product Design, Supply Chain & Manufacturing, making it the only Indian player to invest in such capabilities. The company is consistently increasing its vendor and supply chain base from India thus bringing efficiencies & advantage of Indian cost. Today about 25% parts of their low end phones are procured within India.

Big Techs in Finance: Insight into the Opportunities and Risks...

May shutdown of FPSO Kwame Nkrumah will not affect power supply...