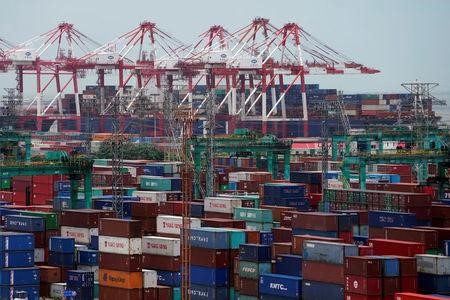 Shippers in the Western and Central Regions have proposed that government should introduce a policy that will direct all transit vessels bound for landlocked countries such as Burkina Faso, Niger, Mali and others to berth at the Takoradi Port instead of Tema.

This, they believe, will make the Takoradi Port vibrant and competitive and also ease pressure at the Tema Port.

According to the shippers, they do encounter some challenges in their operations such as delay in clearing goods; but if the Takoradi Port is promoted and made competitive to serve shippers in the Ashanti, Brong Ahafo, Central and the Northern Regions of the country, such challenges will be significantly reduced.

The proposal was made when the Import and Export Shipper Committee of the Central Region toured the Takoradi Port, Takoradi Container Terminal (TACOTEL) among others to familiarise themselves with operations and activities of the port.

The familiarisation tour, organised by the Western Region branch of the Ghana Shippers Authority (GSA), is a regular activity held periodically by the authority and its committees to discuss common shipping problems affecting the shipping industry in Ghana.

The visit is also part of efforts by the Shippers Authority and Takoradi Port to get investors from the Central Region and other parts of Ghana that are close to the Western Region to clear and export their goods through the Takoradi Port.

In interactions, most of the shippers pointed out that they had never cleared their goods from the Takoradi Port before. The majority of shippers explained they have always perceived the port as only providing export services, especially on natural resources and not import; while a few noted that they knew of its import services and thought the cost of clearing their goods from Takoradi Port would be too high.

After explanations from the port officials, the shippers realised the significant benefits they stand to gain from using Takoradi Port. Officials from Takoradi Port said import activities in the port are very low compared to those of exports – due to the many natural resources available in the Western Region.

The Takoradi branch manager of the Ghana Shippers Authority, Charles Darling Asiedu Sey, said the GSA is to ensure quick, safe, and reliable delivery of import and export cargos by all modes of transport at optimum cost. “It is also to improve upon quality of shipping services through appropriate interaction and intensive training of shippers,” he said.

He explained that since its inception the council has been at the forefront of investigating and finding solutions to shipper’s complaints on a daily basis.

Alhaji Musa Ali, Chairman of the Central Regional Shippers Committee, thanked GSA for the visit and described the tour as an eye-opener for them. He said, following the interaction, it has become clear that doing business at Takoradi Port will be far better and beneficial to shippers.

Established in 1928, Takoradi Port is noted for its export activities – although it does general import and export services and has been tipped to be the best port in the West Africa sub-region after the on-going port expansion project is completed, expectedly soon.

Trade Fair can serve as perfect platform for 1D1F