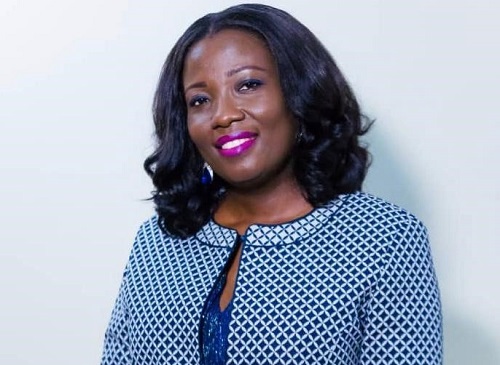 A Eurobond is a type of bond issued in a currency which is different from that of the issuing country. In Ghana, Eurobond issuances over the years have been seen as a major tool to stabilise the local currency; reality or myth? Eurobonds like any other bonds are really borrowings to meet a certain objective such as to fund Government’s budget deficit, to retire maturing debts or for specific developmental projects.

The issuance of Eurobonds have been mostly linked to the stabilisation of the economy, shoring up of foreign reserves and a subsequent boost in economic growth when proceeds from the Eurobond are effectively and efficiently managed.

The Government of Ghana delegation led by the Ministry of Finance recently concluded the road show for the issuance of a Three (3) Billion Eurobond, which was issued in three tranches of USD 750million at a yield of 7.875%, USD1.25 billion at a yield 8.125% and USD 1billion at a yield of 8.95% for 7year, 12year and 31year tenors respectively. This Eurobond issuance is to cater for infrastructural development in the 2019 budget and also to retire some maturing debts. The issuance of the bond will increase both the external and total debt stock of the country which was GHS86bn and GHS173bn respectively at the end of November 2018. However, a relative increase in the GDP which stands at GHS256bn may contain debt to GDP spill-overs at a range of 60%-70%.

The 3bn Eurobond was oversubscribed by almost 7 times as bids of USD21bn were received implying an increase in investor confidence, even preceding the announcement of US FED holding their rates and slashing earlier forecasts of further rate hikes in 2019. Thus, the US FED forecast of two hikes this year was cut to none in 2019 and one in 2020 while maintaining the benchmark rate at 2.4% till the end of 2019 and 2.6% in 2020. In view of this, the Government of Ghana, has hinted of the possibility to push the boundaries of the Sub-Saharan African debt market further by issuing a 50year Eurobond.  It can be inferred that since the Fed rates have been maintained, there will be increased interest by investors in the emerging markets as evidenced by similar interest in Eurobonds offered by other African countries such as Benin and South Africa.

The successful issuance of the Eurobond raises certain questions:

The cedi currently has started to record some gains against the major foreign currencies and is expected to further rally against the major currencies with the issuance of the Eurobond as this will potentially increase the supply of foreign exchange on the market, give assurance to external investors of the availability of foreign currency to meet maturity commitments and keep speculators at bay. As earlier asserted by the Minister of Finance, the issuance of the Eurobond is expected to have a resultant effect on the ‘reversal and stability of the cedi’. Before the issuance of the Eurobond, the currency had depreciated by 8.02% to the dollar, 10.67% to the pound and 6.93% to the euro in just three months; however, upon the issuance of the bond, the cedi has seen a rebound which has dropped the year to date depreciation to the dollar to 5.13%, 7.86% to the pound and 4.01% to the euro.

See Also:  The role of AI and ML in industrial settings to ensure high productivity

Inflation is expected to be contained with the stabilization and current appreciation of the Cedi. Even though the currency has witnessed a high depreciation year to date, with a resultant spill over on inflation for the month of February which increased to 9.2% from a 7-year all-time low of 9.0% in January 2019, the outlook is for inflation to remain within Ghana’s budgeted inflationary levels of 8+/-2%. This is because of the expectation of no likely external pressures such as hikes in the Fed rates that can lead to capital flight, expected stability in commodity prices, and gains made in food stability in Ghana. Inflation has been estimated to further drop to 8% by the end of 2019, remaining stable through to the year 2020.

Another nagging question from the Eurobond issuance, is its effect on the borrowing behaviour of the Government, as one third of the Eurobond bond issued is to refinance maturing debt obligations and was issued for three different tenors. The Government has introduced the refinancing risk benchmark to address possible risks that will arise from rollovers and debt service obligations. In view of this, Government’s borrowings will be structured to align with revenues to prevent liquidity risk. At any point in time, the share of debt maturing within one year is expected to be within the range of 15-20%. Government in addition intends to diversify their investor base and currency structure in a bid to effectively manage their public debt portfolio. They would continue the issuance of medium-term bonds especially the 5 year bonds and longer dated bonds such as the 7, 10 and 15 year bonds, as shown in the yield curves below. Government will also undertake bond exchanges and reopen existing bonds to create large size benchmarks to increase market liquidity and facilitate more efficient market marking.

The country has finally concluded its exit process of the Extended Credit Facility Programme with the International Monetary Fund amidst concerns of increasing debts, completion of the treasury single account project and fiscal discipline ahead of the 2020 elections which could be detrimental to the economy. However, according to some school of thoughts, the exit will be beneficial to the country as there will be more flexibility to implement government’s flagship programmes and innovative economic policies to develop the economy further. It is worth noting that government has initiated policies such as the fiscal responsibility act which caps the budget deficit at 5% for a fiscal year to ensure fiscal discipline and this would be supervised and enforced by the fiscal responsibility and financial stability councils.

See Also:  We can’t do without FDIs —Yofi Grant

The approved budgeted fiscal deficit for 2019 is 4.2% of GDP to be financed by both external and domestic sources. The estimated total revenue and grants for 2019 is GHS 58,905 million, representing an increase of 16.7% over the previous year’s projection of GH¢49,059.0 million (16.4% of GDP) out of which GH¢47,636.7 million (15.9% of GDP) was achieved indicating a 2.9% shortfall in revenue mobilization. Meanwhile, the total expenditure for 2019 was increased by 21.6% from GHS 57,823 in 2018 to GHS 73,441 million. The Government would have to tighten its revenue mobilisation techniques so as to meet or exceed their revenue targets as any shortfall may throw their budgeted deficit in disarray. However, with gold prices remaining relatively stable at about USD 1,251/ounce in 2018, cocoa closing the year at USD 2,256.3/ton and crude oil prices closing at USD57.7/bbl and as Ghana anticipates higher production outturns from its key export commodities especially crude oil, budgeted revenues from these commodities are expected to also remain stable in 2019.

The Government’s fiscal stance for the year 2019 and in the medium term is to maintain economic stability, scale up budget execution for its flagship programmes and support industrialisation; which is expected to result in the budgeted high GDP growth rate of 7.6% including oil and 6.2% excluding oil. With a positive global outlook on oil, metals and commodity prices coupled with the Bank of Ghana’s anchored expectations of inflation remaining stable and within the medium-term target band of 8+/-2% as well as the expected stability of the cedi, it is expected that the policy rate will be maintained at 16% indicating a stable economic environment.

Notwithstanding all the above, if the government is unable to maintain a high level of fiscal and monetary discipline, gains made in terms of the appreciation of the currency, single digit inflation and increase confidence by investors may be overturned. Given that 30% of the country’s bonds are held by external investors; Ghana’s economic management team urgently needs to come up with reforms that will ring-fence the vulnerability of the foreign exchange markets to external market actions.

The writer is the Head of Treasury at the Bank of Africa Ghana Ltd. She is a Chartered Banker, a Certified financial markets dealer and holds an MBA in Finance and Risk Management

From movie careers to brand influencers: …Gifty and Rakia tell...

BITCOIN AND CRYPTOCURRENCIES: MONEY OR NOT?