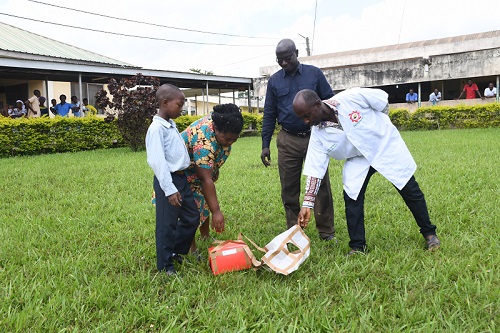 A Zipline medical drone on Wednesday, June 19, 2019 – as Ghana and the rest of the world marked the Sickle-Cell Day-  airlifted Hydroxyurea Capsules to an 11-year sickle-cell patient at the Asamankese Government Hospital in the Eastern Region.

The medication was transported from Zipline’s centre at Omenako at around 10:20 am and reached Asamankese Government Hospital within 25 minutes.

It was the first time over the last five years that little Ohene Kwaku and his mother, Ellen Ofori, have been spared the hassle of travelling to the Korle Bu Teaching Hospital for check-up and treatment.

Over the period, aside from huge transport costs, Kwaku’s mother have had to spend GH¢60 for one pack of the Hydroxyurea drug every three months.

Little Kwaku was diagnosed with the sickle-cell disease at the age of three and has had to be transported to Korle Bu over the last eight years for treatment.

Speaking to journalists at the Asamankese Government Hospital after receiving the medication, Madam Ofori said she had over the period transported Kwaku four times each year, something she bemoaned as a huge burden.

She is thankful to Novartis and Zipline Ghana Limited for supplying three packets of the drug free of charge to her son.

According to her, the three packets could last for the year. 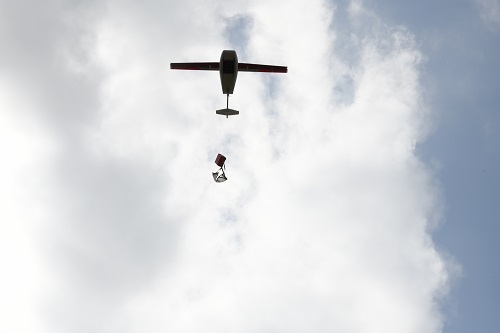 The Head of Pharmacy at Asamankese Government Hospital, Nii Obodai Mensah, placed an order for the medication at 10:15am and the drone set off five minutes later.

The Hydroxyurea Capsules is a brand of the global pharmaceutical giant Novartis, which is partnering Zipline Ghana Limited and the Sickle-Cell Foundation to ensure sickle-cell drugs reach the doorsteps of every patient in Ghana.

General Manager of Zipline Ghana Limited, Daniel Marfo, said his outfit is working with Novartis and the Sickle-Cell Foundation to find ways of easing the plight of Kwaku and other sickle-cell patients in the Eastern Region, and indeed across the country.

“Today, the boy and his mother don’t need to travel to Korle Bu; they can just pick a car and go to Asamankese,” he said.

President of the Sickle-Cell Foundation of Ghana, Professor Kwaku Ohene Frimpong, praised Novartis for the numerous supports it has rendered to the Foundation and Sickle Cell patients in Ghana over the years.

He disclosed that since 1995 Novartis has been supporting the treatment of sickle-cell in Ghana, revealing that the Swiss pharmaceutical giant has pledged to halve the price of tHydroxyurea Capsules.

According to him, annually, about 15,000 babies are born with sickle-cell and about 50-90 percent of them die before the age of five.

This year’s Sickle-Cell Day at the Ghana country level is being marked under the theme ‘Blood is Thicker Than Water’. 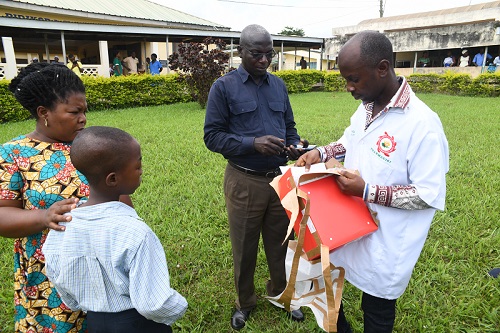 It will be recalled that Vice-President Dr. Mahamudu Bawumia in April 2019, launched Ghana’s largest medical drone delivery service at Omenako, Eastern Region, to improve medical delivery service in the country.

The service, which is a collaboration between Ghana’s Ministry of Health and Zipline Technologies, uses drones to make national-scale, on-demand emergency deliveries of 148 different vaccines, blood products, and life-saving medications.

The service operates 24 hours a day, seven days a week from four distribution centres – each equipped with 30 drones – and delivers to 2,000 health facilities serving 12 million people across the country.