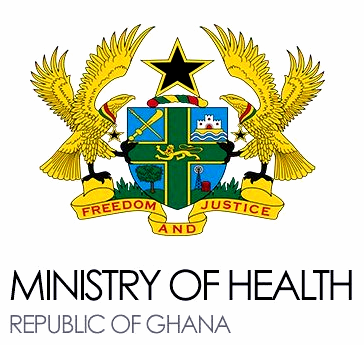 The Ministry of Health has cancelled the procurement process for the purchase of life-saving snake anti-venom serum for no clear reason, a year after health workers reported shortages in various parts of the country, B&FT sources have revealed.

Deaths from snake-bites have been reported mainly in the northern parts of the country, raising concerns about the highly centralised procurement process for the life-saving drug that is handled directly at the ministerial level.

MP Mathew Nyindam, the Member of Parliament for Kpandai in the Northern Region whose constituents have had to deal with snake bites, is quoted by Today as saying: “In this modern time, why should someone die of a snake-bite? I owe the ECG hospital in my constituency GH₵1,500 because I have decided to save lives, but the anti-venom serum is not even available. Sometimes it hurts, but we can’t do anything about it”.

Tenders for supply of the anti-venom serum were officially opened in August 2018, but the decision to award the contract for supply of same was delayed until December 2018 – as the Health Ministry schemed to award the contract to one particular participant whose product has been flagged by the World Health Organisation as lacking the required efficacy to treat snake-bite victims, according to B&FT sources.

The Ministry of Health requested from the Central Tender Review Committee financial clearing for the Pharmanova Export Pvt Ltd. bid., which had a face value of US$3,100,000.

As the various procurement breaches – double-bidding, price change after competitive bidding had closed, bid security manipulation, not meeting the additional qualification requirements – in the tender process on the part of the Health Ministry were brought to the fore by other companies who submitted bids, the Central Tender Review Committee cancelled the financial clearance for procurement of the vital anti-venom serum.

Rather than ratify breaches in the procurement process as identified and select a vendor with a potent serum that is registered by the Food and Drugs Authority (FDA), the MoH took the decision to cancel the entire procurement process altogether – because its favourite company couldn’t win – leaving hard-working farmers and individuals at the mercy of snakes at a time when the hot weather between January and March is associated with significant snake-bites.

WHO red-flag and Imani’s concerns

The policy think-tank that has been keenly following the process – in a letter dated February 26, 2019 and addressed to the Health Minister, Kwaku Agyeman-Manu – noted that the Pharmanova Export Pvt. Ltd. presented product from VINS Bioproducts has been flagged by the WHO as lacking the potency for treatment of snake-bites, especially from Echis Ocellatus, and that the evaluation process was terminated for reasons contained

“Honourable Minister, unfortunately, we have further concerns and evidence of WHO’s concerns about the potency of anti-snake venom serum produced by this company/ manufacturer (VINS/Pharmanova).

“We have sighted a letter from the WHO Prequalification Team (PQT) to the Indian drugs regulator (our FDA equivalent) referenced above, terminating ‘the assessment of the dossier of Snake Antivenom for sub-Saharan Africa’ submitted by VINS Bioproducts Limited, the lead partner of the company whose tender is at the heart of this procurement dispute.

In a cover note to Dr. S. Eswara Reddy, the Head, Biological Division, Drug Controller General India (DCG (1) of the Central Drugs Standard Control Organisation (CDSCO), Ministry of Health & Family Welfare, Government of India, the WHO Prequalification Team (PQT) noted that it has communicated to the manufacturer that “we are informing you as the relevant authority”. The decision to terminate the assessment of VINS’ anti-venom serum is in part due to the conclusion.

“Given the medical importance of Echis ocellatus as a cause of envenoming across a large region of sub-Saharan Africa, this poor neutralising potency [of Vins snake anti-venom] suggests that this product should not be recommended for use in sub-Saharan Africa at the current time, although this position could be reconsidered in a future assessment of antivenoms if data from the manufacturer or other sources becomes available to demonstrate improved potency, and/or evidence of clinical effectiveness from authenticated clinical studies,” the WHO said in the letter quoted by Imani.

Given that there are other vendors with registered and much more potent anti-venom serum which took part in the tender process, the Health Ministry’s recalcitrant attitude to procuring vital anti-venom serum is very worrisome as reported cases of snake bites soar.

“Time to have confidence in the banking sector is now” –...