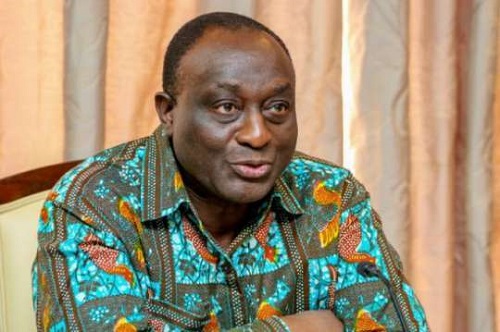 Mr. Alan Kyerematen, the Minister of Trade and Industry, on Wednesday gave this assurance at the 43rd Annual General Meeting of the Ghana National Chamber of Commerce and Industry (GNCCI), where he said taking advantage of the Agreement requires adequate preparation.

He said in order to create institutional support for the private sector, government introduced a new framework and will soon create a National Coordinating Office at the AfCFTA to serve as a one-stop-office for coordinating all needed support and information for businesses. 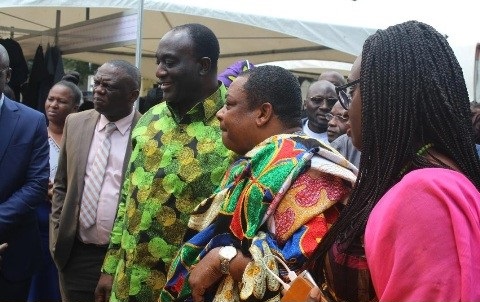 He said hosting the Secretariat should make Ghana the new commercial capital of Africa, adding that there is a need for Ghanaian businesses to take full advantage of the Agreement.

He said the structural transformation that the country seeks will not occur unless it is linked with transformation of the entire continent, hence the need for the continent to work together toward leveraging on the existing market of 1. 2 billion in Africa.

Mr. Kyerematen said one of the reasons African countries have remained poor over the years, though being the richest continent, is because there are 54 fragmented markets – hence the significance of the AfCFTA with its power to unite and increase market for the continent’s industry.

He said no country has achieved significant growth without feeding on its regional market, adding that South Korea and Malaysia did not develop on their own accounts, but rather on account of the regional approach adopted by Asian countries.

The sector minister said the African Union Heads of State have come out with some action programmes to assist countries take full advantage of the Agreement, which include: favourable trade policy; a programme to enhance the capacity of local industries; and adequate trade-related infrastructure.

He said they also identified a need to ensure trade facilitation in the form of enhancing the movement of goods and persons across ports, rail and road networks; and said that transportation is a major pillar for businesses to benefit from the agreement.

Mr. Kyerematen said the country took the lead in signing the protocol for free movement of persons within African countries to ensure effective management of persons across the borders – adding that government will work with the private sector to provide needed support in the aforementioned areas.

He said preparing to reap the benefits associated with the AfCFTA requires a private sector that efficiently manages resources and people, increases product quality, and takes advantage of branding to increase customer-base.

He urged the private sector to ensure an effective e-commerce platform, as this is the way forward in business transactions, adding that the AfCFTA is going to be major game changer in corporate practice because it is the single-most important thing that will attract more investment into Africa.

Nana Dr. Appiagyei Dankawoso I, President of the GNCCI, commended the Bank of Ghana for taking steps to restore the financial sector’s health and resilience – urging the regulator to strengthen its supervisory and regulatory mechanism in ensuring strict compliance within the industry.

Nana Dankawoso I said the Chamber believes a stable exchange regime is critical for business growth, and that government must address the perennial cedi-depreciation arising mainly from the systemic structure of over-reliance on export of primary products with low value addition.

On his part, Mr. Samuel Koranteng, Corporate Services Executive at MTN-Ghana, commended government for the significant strides made so far in digital transformation of the Ghanaian economy, with introduction of the ECOWAS Card and Paperless clearing at the ports and harbours among others.

He said digitisation of the economy was key to meeting the global competition, adding that mobile money services have the power to quicken the country’s drive toward a cashless economy.

Mr Anthony Sikpa, the President of the Federation Association of Ghanaian Exporters (FAGE), on Wednesday said the hosting of the African Continental Free Trade Area presents more opportunities to the country especially in the area of agro-export.

In order to benefit fully, he suggested to the Ghana Export Promotion Authority (GEPA) to provide the needed support to address challenges of farmers who ‘wear’ a major part of the export value chain.

At a forum aimed at discussing the opportunities in the hosting of the Trade Centre, Mr Sikpa said, “GEPA has a lot more to do than they are saying. They need to look at each product, on a case by case basis and find out what is ailing, to enable them address it”.

“I will suggest to GEPA that despite the nice government programs that have come up, they need to sit down with the individual members in the value chain and see where they can make an impact,” he urged.

He said global warming had an adverse impact on export business, explaining that warm climate facilitates pest and diseases infestation, and unsavoury harvests.

He advised GEPA to engage farmers in climate-smart agriculture technologies to produce crops that that would meet international standards.

Mr Albert Kassim Diwura, the Deputy Chief Executive, Human Resource and Administration of the GEPA, said his outfit had been giving a lot of support to exporters, which include funding and capacity building.

He said the export school, a flagship program of the Authority was being transformed from a virtual school to a structured school to educate exporters on best practices.

He said GEPA would soon introduce measures to improve yield and that the Authority was collaboration with Israelis to introduce efficient modern technological methods to scale up the production of mango.

“Currently we have engaged some Israelis. Despite the climate change, they have seen potential in Ghana and they are prepared to partner with GEPA and other sectors to see where they can boost the mango industry,” he disclosed.