West Africa as a region is estimated to be losing economic and income impacts of nearly US$1.9million and US$593million per year respectively due to the scale of illicit trade in fish and fish products.

Professor Rashid Sumaila, Director of the Fisheries Economics and Management, University of British Columbia, Vancouver, Canada, held a seminar on the Illicit Trade in the Marine Resources of West Africa at the United Nations University Institute for Natural Resources in Africa (UNU-INRA) at the University of Ghana campus last week and made the revelation.

Professor Sumaila observed that China is the main contributor to illegal catches today, but the European Union was the main culprit in the past.

Sumaila explained that a vessel is fishing illegally in a country’s Exclusive Economic Zone when it fails to have a fishing licence, authorisation or permit; and that all activities by legal fishing fleets that might be illegal under the legislation of a country (illegal fishing gear, fishing in prohibited zones, etc.) are considered unregulated.

Additionally, because of a lack of financial and human means, technology and (sometimes) political will, illegal catches are unknown/misinterpreted and thus often not-considered in analysis.

Zoning in on Ghana, Professor Sumaila stated that fishing generates over US$1billion in revenue per year; and accounts for at least 4.5% of Ghana’s GDP. It employs 2.4 million people or 10% of the population, and accounts for 60 percent of animal protein consumed in Ghana.

Citing the various channels through which illicit trade in fish resources occur, professor Sumaila said the use of reefers and transshipments which involve offloading catches from fishing boats onto large freezer and processing ships at sea is one channel.

Reefer activities account for about 16% of fish exported from West African waters, and about 35 fishing reefers were seen in West African waters in 2013 (Daniels et al., 2016). Most of these were operating under flags of convenience (Miller and Sumaila, 2014), he indicated.

“It is estimated that about 84% of fish exported out of West Africa is transported in large refrigerated containers (Daniels et al., 2016). According to these authors, the concern with this mode of transportation is that containers are generally subjected to less stringent reporting requirements.”

To curb the high incidence of this form of illicit trade in fish products, Sumaila suggested raising awareness among the public, policymakers, businesses, the judiciary etc. about the negative economic, social and ecological effects of illicit trade in West Africa’s marine resources; improving national, regional and continental fisheries policies and legislation; and harmonising and enforcing laws and codes of practice regarding illegal and illicit dealings in fishery resources.

He also proffered more link-ups to international efforts and measures, and similarly international policymakers need to include Africa in their efforts since we essentially have one global ocean.

“Enhance national, regional and international cooperation. Continental organisations such as EOWAS, the AU, AfDB and ECA need to work more closely with national and regional institutions to explore and eliminate potential obstacles to cooperation.”

See Also:  The State of Artisanal Fisheries…How much time does Ghana have?

In an exclusive interview with Professor Wisdom Akpalu, Natural Resource Economist who is a Research Fellow with the United Nations University – World Institute for Development Economics Research (UNU-WIDER), he observed the situation today is dire because currently between 58-59% of fish consumed in Ghana is imported.

This means only 42% is derived locally; and this means the country will struggle to meet the FAO animal protein requirement of 40 kilogrammes per person per annum. The situation wherein Ghanaian vessels front for Chinese illegal activities – and a monthly rent of US$1,000 is paid, constitutes only 5% of what the Chinese realise through illegal activity.

He stated in unequivocal terms that politicians own the vessels involved, or are behind such arrangements – which is why when such reports are received by the relevant authorities, they don’t end up anywhere. He also criticised as being counter-productive the over-US$40million subsidy used to secure pre-mix fuel as uneconomical since fish stocks are being depleted; and secondly, because of the diversion problem which sees the pre-mix fuel being re-sold to line the pockets of individuals.

He believes such sums can be converted into productive ventures like building the capacities of fisherfolk, subsidising school fees for their wards etc. 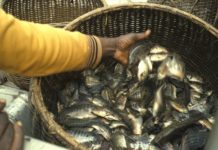 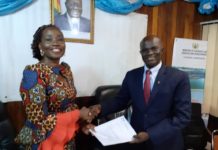 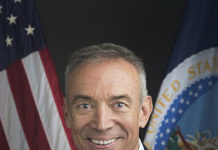 US Deputy Secretary of Agriculture in West Africa for trade 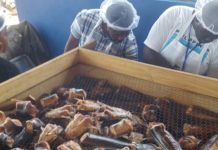 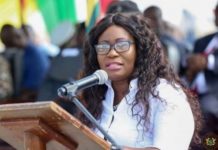 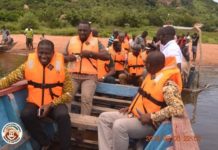 Use 1D1F to develop capacity of local banks – Frank Adu