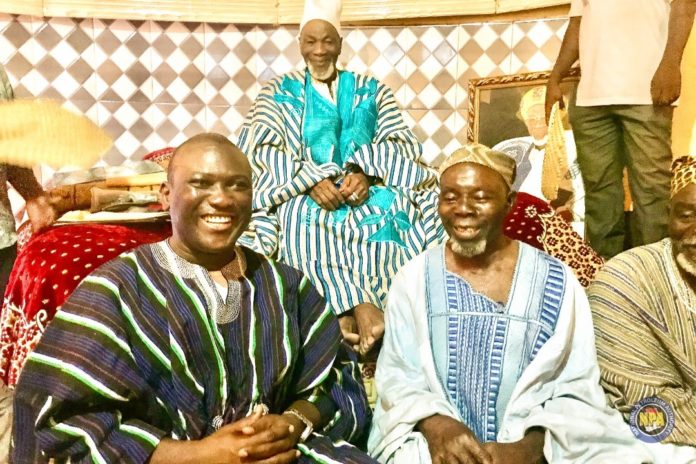 Chief Executive of the National Petroleum Authority, ( NPA) Hassan Tampuli, says Yendi, an ancient commercial town in the northern part of Ghana, will play a critical role as part of the Authority’s plans to roll out a planned program for the Cylinder Recirculation Model.

As part of the overall rollout, the NPA has identified specific areas for the pilot, including towns such Kwabibirim, Obuasi and Yendi.

Mr. Tampuli was at the Gbewaa Palace in the company of senior executives from the Association of Oil Marketing Companies (AOMCs) to brief Ya-Na Abukari Mahama II, about the Authority’s plans for the pilot implementation and also seek his blessings and support.

Those included in the team included Gabriel Kumi, Vice Chairman of the LPG Marketing Association, and Kwaku Agyeman Duah, who heads the Association of Oil Marketing Companies.

Speaking to reporters during a meeting with the overlord of Dagbon Ya-Na Abukari Mahama II, Mr. Tampuli said Yendi is strategically placed to undertake such an exercise, because it makes it easier for operators of LPG products to efficiently and effectively distribute gas products to consumers.

“ We selected Yendi for a very good reason,” he told said; “ because it (Yendi) is the capital of the eastern corridor of the northern region, and it is the gateway to Kushegu municipality, Karaga district, Chereponi, Saboba, Zabzugu Tatale, Bimbilla, Wulensi, Kpandai and even to some extent Salaga district.”

Already, according to Mr. Tampuli, leading beverage companies in the country have often used Yendi as the distribution outlet for their products to the newly established Savanna region, and the NPA is therefore taking a lesson from the existing structure.

On his part, Ya-Na Abukari Mahama II advised the NPA to continue with its engagement program, so as to implement a policy that will be acceptable to majority of LPG consumers.

He said petroleum related accidents that have caused human lives and properties ought to be allowed to continue, and, therefore reminded the NPA of its presonsibilities of enforcing safety standards in the downstream sector.

Mr. Tampuli and his team later visited the Mion Lana Alhaji Mahamadu Abdulai II at his palace in the Mion district.

Editorial : A bitter pill to swallow but…