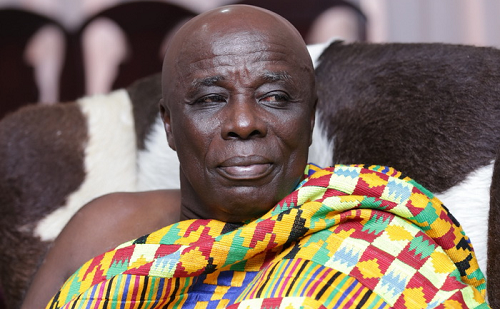 To be competitive on the global stage, Ghana needs an efficient transport and road system to facilitate easy movement of goods and persons, and an education system that focuses on science and technology, Osagyefuo Amoatia Ofori Panin, Okyehene of Akyem Abuakwa, has said.

Speaking at the 8th AGI Ghana Industry and Quality Awards 2019 in Accra, the traditional ruler said an efficient transport and road system connects communities and people to unlimited economic opportunities regardless of their location.

Through a well-run transport and road network, he said, precious lives will be saved through a reduction in vehicular accidents; farmers can bring their produce to the market on time and in an efficient manner; goods can get to the ports for export on time; telecommunication services will improve; and people will be comfortable wherever they are staying.

In addition, there is also need for a well-educated and trained population that is motivated for maximum output, with special focus on science, technology and engineering education – without which the economy cannot grow, he said.

“These will determine if our country will ever be competitive on the global stage in the 21st century,” he said.

He asked: “Why, as a country, haven’t we built super highways; and why is it physically and psychologically painful to drive on the road from Accra to Kumasi?”

Touching on how to build a resilient and independent economy, capable of not only creating prosperity but can also stand the test of time, the Okyehene advocated that government must make a deliberate effort to ensure the economy is owned and run by Ghanaians.

“We want a strong economy that provides jobs for our people, improved living standards, security and good health for all generations of our people.

“In order to do this, we need to be masters of our economy; we must not only be strong but independent as well. It is important to build independence, because we may build an economy that may register growth in GDP but its benefits are harvested by other people.

“We must have deliberate policies that allow Ghanaians to own our resources; and we are not going to get there building wealth and creating millionaires on local content legislation. Nobody grows to be wealthy just being a tenant or employee. We must make sure that our resources are owned by indigenous Ghanaians,” he explained.

He added: “I am not saying that foreign direct investment is bad, but when you have five telecommunication companies and there is not one indigenous owner; when you have an airport where 30 to 40 aircraft take off and land every day with no indigenous ownership, then there is genuine reason to be concerned”.

Another key pillar to building a strong, independent and industrialised economy, he noted, is a strong financial sector.

The current financial sector, according to him, does not allow businesses – especially manufacturers – to grow to a level where they can compete on the global stage because of what he describes as “genocidal interest rates”.

“We may be achieving growth in GDP, but it is essential that growth is driven by manufacturing and industry – which in turn reflects in job creation,” he said.

He therefore urged government to dialogue with the AGI and other business associations in order to turn around the country industrial fortunes.

This year’s 2019 awards mark the Association of Ghana Industries (AGI) 8th edition. It was on the theme ‘Positioning Local Industries for Global Competitiveness’.

This year’s event saw B5 Plus, a steel and aluminium fabrication firm, emerge as Overall Best Industrial Company of the Year.

The awards seek to reward and honour companies that have achieved outstanding success in various areas of industry and innovation in the 2018 year under review.

The President of AGI, Dr. Yaw Adu Gyamfu, said the need for competitiveness is becoming increasingly crucial and there is a need to position industry to be able to compete, especially with the Africa Continental Free Trade Area coming into force next year.

“It is not an option and we cannot be complacent. In all our efforts to promote business to thrive, competitiveness is what matters in today’s global economy,” he said.

For his part, AGI’s Chief Executive Officer, Seth Twum-Akwaboah said “Our awards are strengthened by the institutional collaboration we have with the Ghana Standards Authority, for which reason we have the Ghana Standards Authority’s Quality awards as a category under the AGI Awards. We take pride in being the mother of all awards, and we envisage a lot more companies partaking in the AGI Awards over the coming years”.

Learning from the lockdown