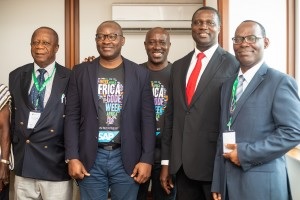 Nearly 700 teachers in Ghana completed their digital skills training this month as part of the country’s preparations for SAP Africa Code Week, which aims to introduce 1.5 million young Africans to digital and coding skills this year. In 2018, more than 560 teachers from across Ghana took part in the Train-the-Trainer workshops, which are held ahead of the Africa Code Week activities in October every year.

Similar to its peers across the continent, Ghana boasts a growing youthful workforce, with an estimated 57% of the current population aged 25 and under. It is one of Africa’s fastest-growing economies with GDP growth of 6.3% in 2018; this is expected to increase to 7.6% in 2019.

In 2017, the Ghanaian government also made secondary education free, which has played a major role in increasing the country’s literacy rate. According to UNESCO, Ghana’s youth literacy rate has increased from 71% in 2000 to 86% in 2010. More than 84% of children in Ghana attended some form of elementary education in 2017, and enrolment in secondary education grew from 57% in 2012 to 65% in 2017. 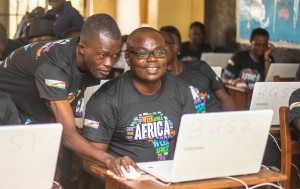 According to Claire Gillissen-Duval, Director of EMEA Corporate Social Responsibility and Africa Code Week Global Lead at SAP, the great strides Ghana has made toward improving access to education for all and achieving universal enrolment has not made it immune to the continent-wide teaching skills shortage. “This is having an impact on our collective ability to train the next generation of digital workers who will power Africa’s economy in the Fourth Industrial Economy. We believe that, by bringing in relevant partners and activating our extensive volunteer network, we can play a positive role in equipping Ghana’s teachers with important digital teaching skills that will help accelerate digital literacy in the country.”

She adds that the Train-the-Trainer workshops are designed to empower teachers with valuable 21st century digital skills and create a sense of excitement and enthusiasm around the possibilities of the Fourth Industrial Revolution. “By equipping local teachers with the tools and knowledge they need to inspire the younger generation, we also make a positive contribution to the country’s digital skills development efforts beyond just Africa Code Week.”

With more than 50,000 teachers trained and 4.1 million youth engaged across 37 countries since its inception in 2015, Africa Code Week has already made a lasting contribution to building local teaching capacity in digital education all over the continent. With more and more public, private and non-profit partners on board, the initiative is on a sustainable mission to impact many more schools, teachers and students in the years to come. 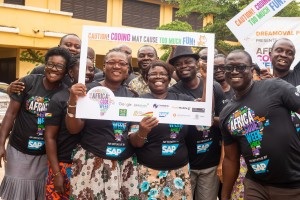 Ghana’s Train-the-Trainer programme also enjoys the support of Africa Code Week partner DreamOval Foundation. According to Francis Ahene-Affoh, SVP of the DreamOval Foundation, the Train-the-Trainer workshops are also an opportunity to create, share and utilise knowledge in the education and technology sectors in the service of digital skills development. “Tremendous progress has been made to introduce more teachers and students to 21st century digital skills in Ghana. This year, we look forward to building on our successful partnership and bringing more youth into the digital fold.”

Ghana will celebrate Africa Code Week from 14 to 25 October 2019. Further Train-the-Trainer workshops will be held in Nigeria on 10, 13 and 15 August, and in Kenya from 19 to 23 August. A full schedule of workshops and other Africa Code Week activities can be found on www.africacodeweek.org 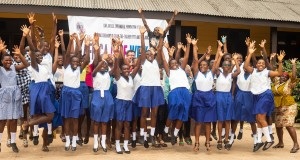 Africa Code Week has benefitted over 4 million young Africans so far and is now actively supported by UNESCO YouthMobile, BMZ, Google and over 130 partners and 120 ambassadors across the continent. SAP also works closely with UNESCO to increase girl participation in ACW workshops. The fifth edition of ACW will see thousands of free coding workshops organised for 1.5 million youth across 36 countries in October 2019, with a strong focus on girl empowerment and community capacity building.

Join SAP and partners by visiting www.africacodeweek.org to find out more.

GIMPA wins case against Koans Estate at Court of Appeal

Maternal Health; should be a concern for all