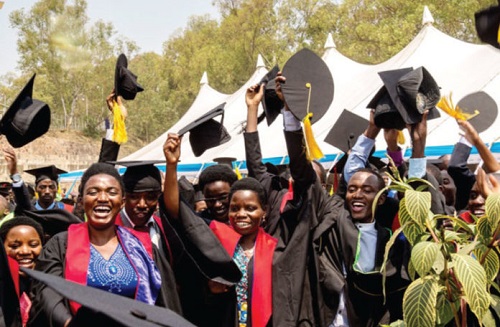 The Executive Director of Ghana National Service Scheme, Mustapha Ussif, on Wednesday, March 13, 2019 presented a paper at the National Summit on Tertiary Education and Enterprise Development held in the eastern regional capital, Koforidua.

The inter-ministerial initiative is aimed at reducing the rate of graduate unemployment in the country.

This he said is the reality the country faces and has necessitated the need to redesign our policies for the youth of Ghana to have a clear path to gain employment to improve their livelihoods which will enable them contribute towards national development.

The National Service Scheme he said, has played and continue to play a crucial role in deploying graduates from our tertiary institutions to workplaces within the public and private sectors across the country.

See Also:  COCOBOD puts a stop to ‘weighing fraud'-with use of electronic scales in October

“In recognizing the instrumental role the Scheme plays in brokering graduates employment between different sectors of the economy”, the Scheme, he said, “has been on a constant quest to consistently evolve itself and become responsible to the needs of graduates and employment trends of the job market and the required skills needed.”

The Scheme under his leadership has embarked on several innovative programs to ensure personnel deployed by the scheme gain the requisite skills and techniques to enable them become job creators instead of job seekers.

The Scheme he added, has strategically introduced programs that will ensure our graduates benefit fully from the President’s flagship programs such as the “Rearing for Food and Jobs”. This has led to the introduction of the Entrepreneurship and Innovative Module (EIM) by the Scheme where graduates are trained in the various value chain of poultry production. Subsequently successful beneficiaries of this program will be resourced financially and provided with the needed logistics to enable them setup their own businesses after service”.

The Scheme, he further said, would support personnel under this module to acquire the needed financial capital and required skills from Microfinance and Small Loans (MASLOC), National Entrepreneurship and Innovation Plan (NEIP), Venture Capital and other agencies to enable beneficiaries start their own enterprises, hence creating jobs to absorb other unemployed graduates and non-graduates.

This he said will help reduce the unemployment rate in the country and will also encourage our graduates to become entrepreneurs and job creators instead of seekers.

“The Scheme last year entered into a strategic partnership with an entity called Songhai Group to establish a training hub, where 10 personnel are being trained and vetted by consultants on how to develop next-generation digital tools. Their mandate is to develop solutions to the many challenges we face as a nation”. The Scheme he said, believes that a strong partnership with the private sector would galvanize the ongoing efforts towards developing and empowering service personnel who can create jobs and compete globally on the talent market.

In conclusion, he admonished graduates to embrace opportunities created by the current government such as the “Planting and Rearing for Food and Jobs”, National Entrepreneurship and Innovation Plan, and MASLOC among others to enable the youth become entrepreneurs.

Speakers from various agencies and institutions also had their turn to speak on the subject and made meaningful contributions to solving the unemployment challenge facing the country.

Spiros Talks to Belinda from FI

We have no reason to depend on foreign aid – Council...