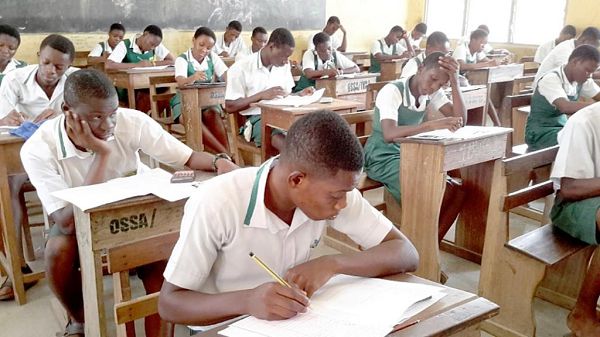 The 2019 West Africa Secondary School Certificate Examination (WASSCE) candidates were made to pay huge sum of monies by school authorities as registration fees, despite government’s promise to pay for all candidates.

Some candidates, who are also-day students, spoke to the B&FT on condition of anonymity and said they heard of government’s announcement after they had been made to pay for the exams by their respective schools. However, when they demanded a refund from their respective head teachers, the head teachers have so far refused to refund their monies to them.

The affected schools include Oyoko Methodist SHS, SDA Senior High School and the New Juaben Senior High – all at Koforidua in the Eastern Region.

Science students from the Oyoko Methodist SHS also paid over GH￠500 before they were registered to write the 2019 WASSCE.

A Visual Arts student of the SDA SHS told the BFT that even when they have paid their WASSCE registration fee, the school authorities’ insist they finish paying their fees before being allowed to finish writing the WASSCE.

“They came to sack those who have not finished paying their fees when we were writing the Tuesday paper. It took the intervention of one of our teachers to beg on their behalf,” he said.

This is against the Ministry of Education directive that government has absorbed all final-year students’ fees, as it took a decision to include all-final year students into the Free SHS programme.

The ministry’s statement added that Senior High School students in their final year who have already paid their first semester fees, in excess of the restructured fees, should be “credited to the student’s account for the second semester”.