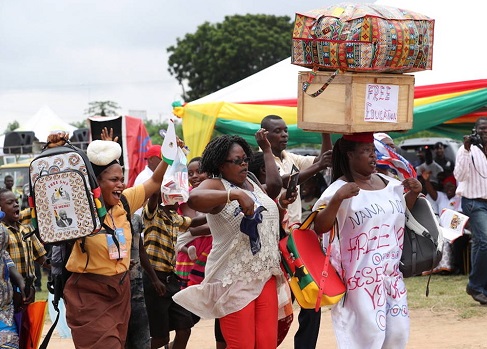 “Free SHS has saved parents a total of GHc1.8billion within the last three years and that is money in their pockets,” he said.

Presenting the 2020 budget to Parliament, he said government has spent over GHC 2. 2 billion since the introduction of the policy, saving parents million of cedis they would have spent paying for the fees and other learning materials for their children.

He said the 1.2 million students enrolled in the various second cycle institutions recorded under the programme justify the amount the government has spent on the policy since it began.

“It is gratifying to note that the first cohort of students under the program numbering about 360,000 graduate in 2020,” he said.

Currently, government spends about GH¢2,312 on each SHS student per year, it is expected that the budget for the education sector increases as enrolment for secondary education also goes up.

For those in year three, this translates into a saving of GHC 6,936 per parent for the three years their children have been in school.

Government earmarked GH¢679.6million to spend on the Free Senior High School (FSHS) programme, out of a total GH¢2.1billion oil money allocated to the Annual Budget Funding Amount (ABFA) for 2019.

This amount was GH¢223.7million more than the previous year’s allocation of GH¢455.9million.

Demand for tertiary education to go up

In 2020, demand for tertiary school admissions is expected to be massive, as the country awaits the maiden graduation of over 360,000 Free Senior High School (SHS) students who will be applying for entry into the various tertiary institutions.

The reality is that this single batch of free SHS beneficiaries are more in number than the entire student population of the 138 tertiary institutions in the country at the moment.

The 138 tertiary institutions, including colleges of education and nursing training, have an entire student population of 320,746 covering all batches, and they have the capacity to admit about 100,000 students yearly as a result of limited infrastructure.

This means that in 2020 these institutions will not even be able admit half of the 360,000 students who are expected to apply for admission into the various tertiary institutions.

Of course, government has said its aim is to ensure that secondary school education becomes the least education any Ghanaian would have – so a counter-argument would be that it is not all the 360,000 SHS graduates that would be expected to have tertiary education.

But the Trades Union Congress (TUC) argues that secondary school education is not enough to produce requisite human resources for the accelerated industrialisation government seeks.

Government, the TUC argues, must therefore embark on rigorous infrastructural expansion in the various tertiary institutions to enable them admit the historic number that will be searching for higher education in the near future.

While commending government for its efforts in implementing the policy, the union was quick to add that the only way Free SHS will pay for itself is to put beneficiary Ghanaians into productive work.

‘Let your programmes be guided by sound policies’