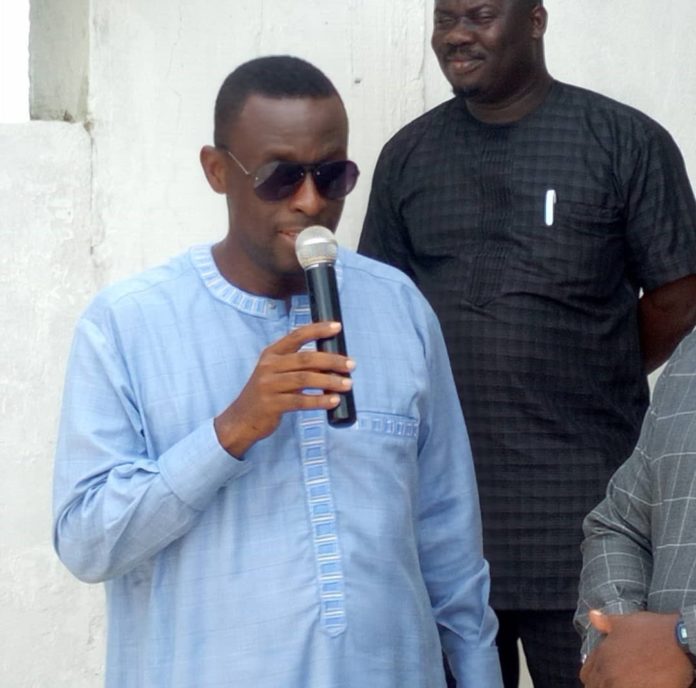 He challenged the assemblies and chiefs to come up with business development plans, proposals to undertake investments in order to create jobs and generate incomes – in line with government’s agenda to create jobs and bring prosperity and equal opportunities to all.

“We must from now on talk and work as ‘Enterprise Western Region’, because the region offers opportunities,” he added.

The regional minister said this when he met the heads of department, institutions, assembly members and individuals at Half-Assini of the Jomoro Municipal Assembly in the Western Region as part of his three-day working visit to the area.

He mentioned that the assembly exists to provide law and order, and must work accordingly to provide what is expected for growth and development.

“The assembly is responsible for resource mobilisation and infrastructural development among others, and I urge MMDAs to report to the Regional Coordinating Council on the progress of work quarterly; give annual progress reports and management information system returns on personnel; and monthly financial and human resource reports among others,” he said.

Dr.  Okyere Darko Mensah pointed out that the assemblies are responsible for any infrastructure within their jurisdiction, and urged the Jomoro Municipal Assembly to ensure that houses along the ceremonial street in the area are painted by August this year.

“Let us partner for business and development as well as to attract investors into the region” he urged them.

Mr. Ernest Kofie, Metropolitan Chief Executive for Jomoro Municipal Assembly, mentioned some of the assembly’s constraints as inadequate police, deterioration on some of the major roads, among others.

He expressed hope that the regional minister’s visit will shape and fast-track development of the municipality.

Dr. Okyere Darko-Mensah pointed out that indiscriminate dumping of refuse has engulfed a lot of communities: “Since the chiefs are the custodians of the land, I would urge them to institute measures and liaise with the assembly to ensure that the sanitation issue is minimised.

“The fight against indiscriminate dumping of refuse should be supported by churches, mosques, households, non-governmental organisations, individuals and all others so we can have cleanest towns and cities in the country,” he added.

He urged traditional authourities to use lands available as equity or contributions to business so as to attract investors, to ensure there will be a lot of businesses in the area which can create jobs for the youth.

Awulae Annor Adjaye III, Paramount Chief of Western Nzema Traditional Area, mentioned that some the major roads which link to Ivory Coast should be tarred to bring about the needed development.

He suggested that Jomoro Municipality should be the oil city in the Western Region, and this will attract investment to the area.

Macroeconomic Bulletin … with Maxwell Ampong – The Most Influential Africans...

Stephanie Benson has a ‘soul hangover’ …set to rock tomorrow...