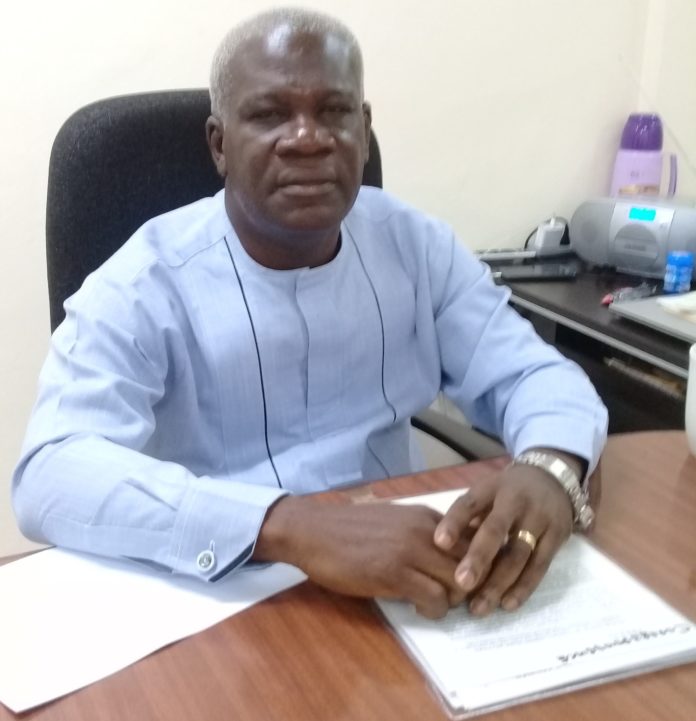 The General Secretary of the Industrial and Commercial Workers Union (ICU), Mr. Solomon Kotei, has blamed the  leadership of the Trade Union Congress (TUC) for the recent armed police raid at its offices which resulted in total destruction of ICU property.

According to Mr. Kotei, since ICU opted from the family of Unions under TUC about 15 years ago, due to some circumstances, successive leaders of the TUC have been trying to evict ICU from the Hall of TUC building.

The threats continue unabated until two years ago when discussions started to get the edifice, which is in deplorable state and has not seen any major renovation since it was donated to the Labour Unions by the late Dr. Kwame Nkrumah, renovated.

During the discussion, ICU was deliberately left out. Then in April 2018, ICU was given a letter to the effect that all unions in the building should vacate by July 2018 to enable renovation works to commence. The ICU then wrote back to the TUC stating that it was not opposed to the renovation concept of the building but wanted to be part of the discussion and also be aware of the contract details and the amount it is supposed to pay. TUC replied that there is no doubt that the building belongs to TUC.

According to Mr. Kotei, ICU unhappy with the TUC stance went to court to restrain it from evicting it from the building. But the judge ruled that once the renovation has started and involved cost, the contractor should go ahead pending the determination of ownership of the building. The case was still before court for five months without any resolution. Then in December 2018, another letter from the TUC leadership was received by ICU stating concisely that all unions should vacate the building by April 28, 2019. Realizing the threat the letter poses, ICU attached a copy of the court’s earlier ruling and proceeded to the Greater Accra Regional Police Command to notify them of the TUC threats.

Based on that, a meeting was convened by TUC made of the Secretary General, Dr. Anthony Yaw Baah and his Deputy, Joshua Ansah. ICU was led by Solomon Kotei and his Deputy General Secretary in charge of Operations, Mr. A. Morgan with Mr. Prince Ankrah, General Secretary of Mines Workers Union as the moderator. It was put forward by Mr. Ankrah to the TUC that ICU is prepared to know the contract details and the amount it was supposed to pay. TUC said their General Council will be meeting the following day to address the issue. Then there was confusion over the minutes of the earlier meeting when the Deputy Secretary General could not convince the ICU.

On April 24, 2019 when Mr. Kotei was in Koforidua on an important duty, he received calls from some ICU workers in Accra that armed policemen have besieged the premises of the ICU headquarters and preventing staff entry. He rushed to Accra only to see the offices virtually ransacked, computers, cabinets, files, chairs, IT systems, TV set, refrigerators and many more thrown out.

According to the ICU General Secretary, he went to the Police Headquarters to lodge complaints with the Inspector General of Police (IGP) about the conduct of the police. IGP directed him to see the Operations Commander of the Greater Police Command, Mr. Kwasi Ofori.

When the case was called on May 15, 2019, the  Minister of Employment and Labour Relation, Mr. Baffour Awuah sent his representatives to the court to seek out court settlement. The judge accepted the minister’s offer and based on the Alternative Dispute Resolution (ADR) mechanism, the case was taken out of court for settlement.

They are expected to meet ICU leadership for amicable solution of the case. Meanwhile ICU has relocated to the 2nd floor of its building at Kokomlemle near Accra Technical Training Centre (ATTC).