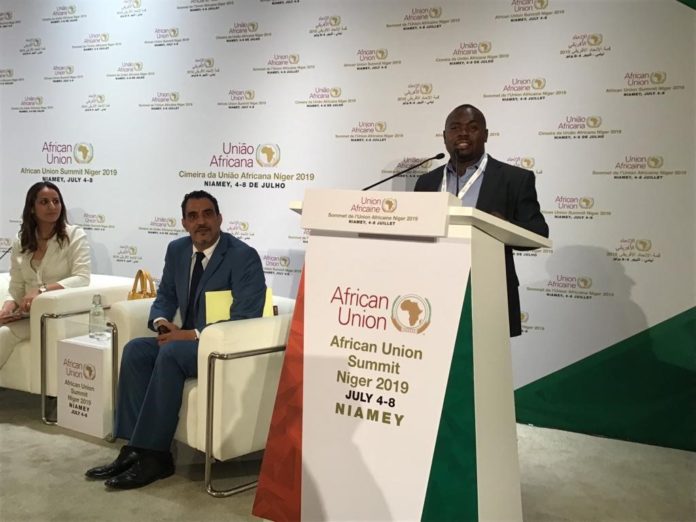 The Africa Centre for International Trade and Development (ACINTaD) has called for strong institutions and quality infrastructure to be put in place for a successful implementation of African Continental Free Trade Area (AfCFTA).

Mr. Isaac Hubert Arthur, the Executive Director of ACINTaD, said African countries must put in place strong institutions and quality infrastructure in order to derive the expected benefits from participating in the continental free trade area.

“There is a need for strong national institutions and quality infrastructure to be put in place in order to ensure the AfCFTA is brought to communities,” said Mr. Arthur. He explained that both soft and hard infrastructure such as national and regional policies, laws, systems, framework and quality road corridors, high-speed rail networks, ports and harbours, and efficient air transport respectively must be put in place.

Mr. Arthur made these known in Niamey, Niger, during the AfCFTA Civil Society Forum 2019; an event organised on the sidelines of an Extraordinary Summit of the African Union Heads of State from 3rd – 7th July 2019.

The Forum was organised by the African Union Commission in partnership with the UN Economic Commission for Africa (UNECA) and Coalition for Dialogue on Africa, under the theme ‘Enhancing Civil Society Engagement in the AfCFTA to Broaden Inclusiveness’.

The Civil Society Forum 2019’s purpose was, among others, to enhance stakeholder engagement in implementation of the AfCFTA and increase participation opportunities for civil society stakeholders in its work programme. The Forum brought together participants from Africa Civil Society Organisations and umbrella-Organisations on trade, labour, women and youth; members of theAfrican Union Economic, Social & Cultural Council (AU ECOSOCC), and many others.

Mr. Arthur, who was speaking on a panel under the session ‘Bringing the AfCFTA Closer to the African People’, emphasised that the AfCFTA must benefit all Africans – hence the need to interrogate the best ways and measures to ensure that all Africans are made aware of the AfCFTA.

According to him, governments must use a wholistic approach in engaging all key stakeholders including CSOs, academic institutions, businesses – particularly SMEs, and relevant public sector organisations.

He said businesses should play the role of providing resources for advocacy, research, documentation and dissemination, as well as capacity building for successful implementation of the African Continental Free Trade Area.

The AUC’s Deputy Chairperson, Mr. Kwesi Quartey, commended the Department of Trade and Industry for the initiative and noted that if successfully implemented, “The AfCFTA could generate a combined consumer and business spending of US$6.7trillion by 2030; accelerate industrial development; expand economic diversification; and facilitate quality job creation for Africa’s women and youth”.

Speaking on behalf of the Executive Secretary of UNECA, Director of Gender, Poverty and Social Protection, Ms. Thokozile Ruzvidzo said the AfCFTA could boost intra-African trade from its current level of 16% to 52% by 2022 according to UNECA studies. She noted, however, that visa and other immigration restrictions have constrained mobility within Africa, and “increased the vulnerability of migrant and refugee populations on the continent”.

The forum acknowledged the need for national policies to support production and consumption of goods and services that will be identifiable as being ‘Made in Africa’ by using quality standards.