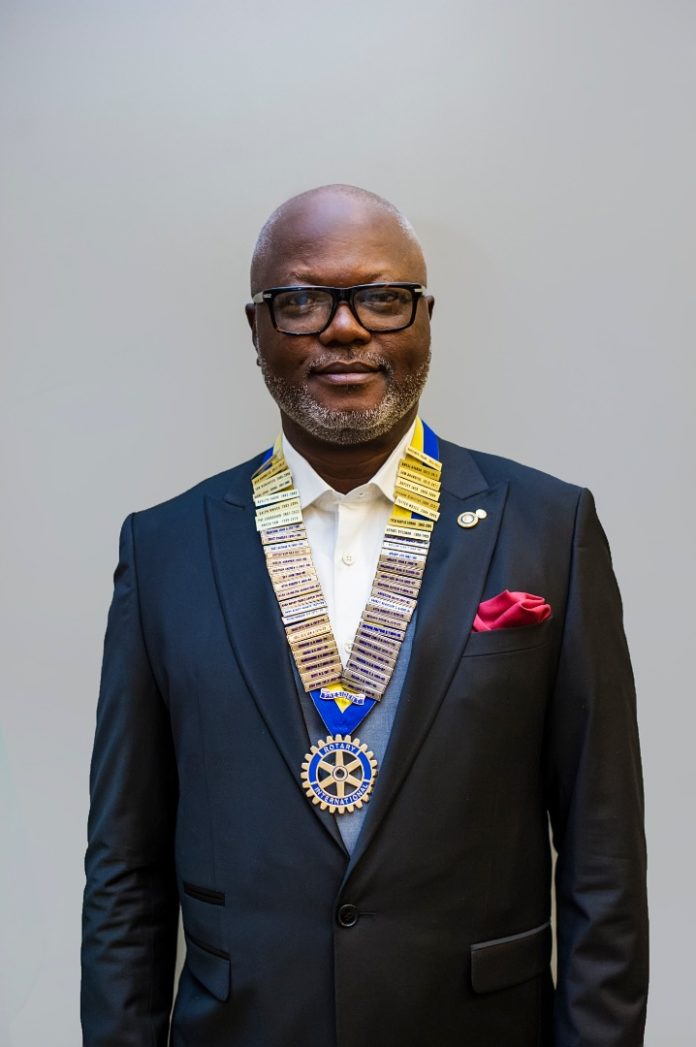 The Rotary Club of Ghana has elected a new President, Mr. Don Obilor, to lead the club in decision-making and implementation of the vision, mission and purpose of the club.

Until he became president, Mr.Don Obilor served as the Public Relations Officer after previously serving as Secretary of the club. Currently, he works as a Brand Communication Consultant  and runs Adam 360, a brand communication Agency.

In an interview with him, he noted that for the club to thrive, PR must be engaged more than ever before to foster understanding and support the programs of the Club which includes promoting awareness among Rotarians, generating good publicity and project a positive image to broaden Rotary’s services to humanity.

Touching on his plans for the club, Mr. Obilor said he will focus mainly on two major areas; growing the club through youth participation and menstrual hygiene education.

“We have to regenerate the club by bringing in younger people to carry on the service that we do. So it’s going to be a busy year and we will get off on the ground and start with all the plans that we have especially in the area of menstrual health, which is a key area for me and my board. We will be looking at providing services in the area of water and sanitation. We’re also looking at disease prevention and cure”.

The President-elect also noted that, the Club will subsidize the fees of its new members by paying for 50 percent of it, where as the they also foot the other half.

He revealed that: “We have plans of subsidizing their fees for them to be able to join when they leave school because by then, they most likely would not have any means of paying the dues. So, after two years, it is assumed that you would have gotten a job and then we can revert to paying as full members” 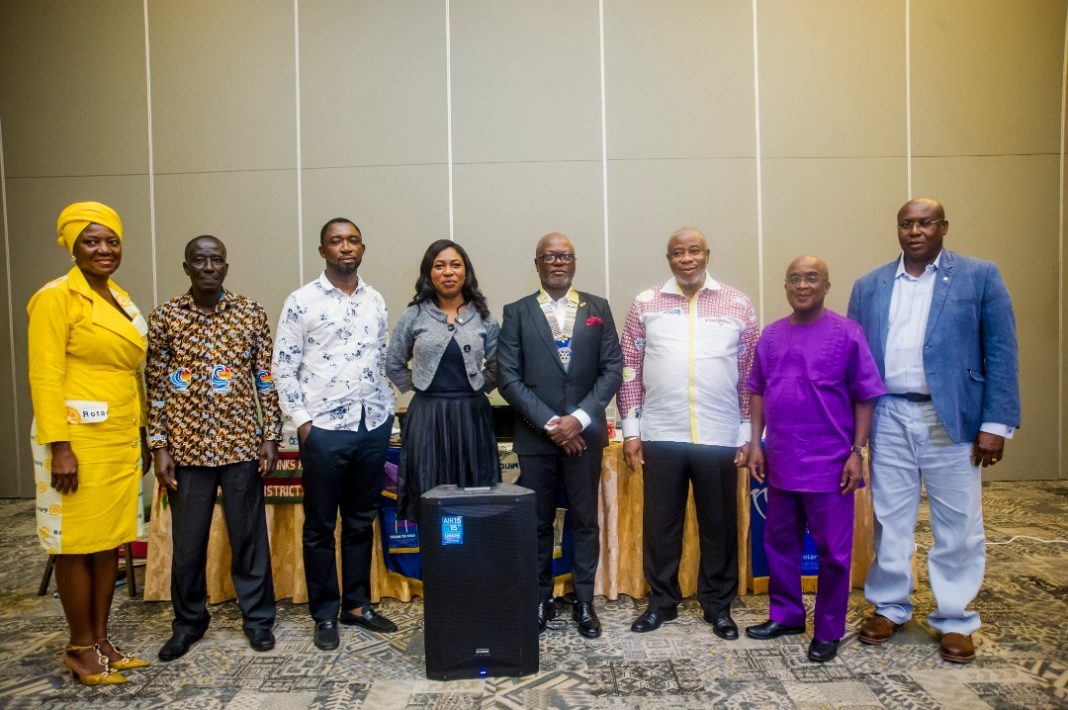 He again said that for service projects, the Club will focus on the RI thematic areas of Water and sanitation, Disease prevention and cure, Literacy and Peace as well as service.

He concluded that he will play his part by espousing the 2019/2020 Rotary theme of “Rotary Connects the world” as enunciated by the RI President Mark Daniel Maloney. He assured that he will, together with the board, focus on growing the membership, retaining existing members and starting a new club in collaboration with Ghana Extension Committee.

“As I play my part in collaboration with my board, I also urge you to play your own part by serving in the capacity you have been assigned in the year. It is little drops of water that make the ocean. Your little contribution will no doubt go a long way in fulfilling the goals and objectives we have set for the year. As you are aware, the major programmes of Rotary International are funded through the contributions and investments of the Rotary Foundation.  We will continue to support Rotary Foundation as it is the lifeline of Rotary International”, he concluded.

Rotary is a service organisation oriented to service projects. Over the years, the Club has been involved in humanitarian works by providing boreholes, preventing disease as well as peace and service.

High Court orders for Exton Cubic licence to be restored