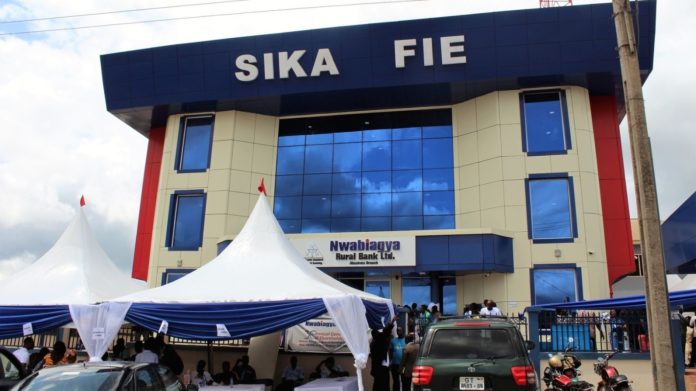 Nwabiagya Rural Bank Limited at Barekese in the Atwima Nwabiagya district of Ashanti Region has recorded approximately GH¢2.76million as total share capital as at close of business on 31st July 2019.

The amount, which far exceeds the Bank of Ghana’s minimum threshold, is about 176% more than the minimum GH¢1million required by all rural banks to be achieved by February 2020.

Business & Financial Times can confirm that Nwabiagya Rural Bank has recorded a consistent growth in its stated capital and was among the first rural banks whose stated capital was far above the minimum threshold of GH¢1million before Bank of Ghana’s directive in 2016.

Directors of the bank have attributed the consistent growth in its stated capital to outstanding operational performance over the years; the relatively low price per share coupled with high returns on shareholders’ funds; aggressive share mobilisation exercises, as well as the confidence the public has in the bank.

The bank has recorded a consistent growth in its stated capital since 2015 to date, and has been mindful of making a conscious effort to grow its capital.

By this, the board and management are taking this opportunity to appreciate the shareholders of the bank for their indispensable contribution in capitalising the bank – particularly around this time when the banking industry is confronted with liquidity challenges.

In July 2011, Goodwell West Africa Microfinance Development Company (GWAMDC) Fund, under the management of JCS Investments Ltd., invested in Nwabiagya Rural Bank (NRB) Limited a total amount of US$1.0m in a mixture of equity and Convertible debt. Out of the US$1.0m, US$700,000 was used to purchase 20% ordinary shares in NRB and the remaining US$300,000 was given as convertible debt to be repaid together with the equity investment when it expires in 2018.

The bank currently has an asset base of approximately GH¢136million, with deposits of about GH¢111million  as at July 31, 2019 – with a net worth of a little over GH¢15million.

The bank currently operates nine branches scattered within the Kumasi Metropolis and its adjoining districts. They are Barekese, Ahwiem, Abuakwa, Bohyen and Magazine. The rest are the Sagoe-Lane, Tech Junction, Offinso and Bompata branches.

MMDAs, Tech Universities to be quizzed …as PAC takes hearing to...

GSA’s ‘war on demurrage’ is a worthy cause

CILAG has announced its activities for 2018