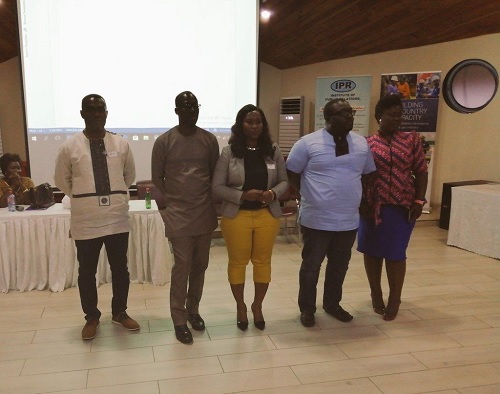 Head of Marketing and Communication at Stanbic Bank and incumbent Vice President of IPR, Mawuko Afadzinu, has been elected as president to lead the Institute of Public Relations Ghana, (IPR-Ghana) for a two year term beginning January 1, 2020.

At the end of counting Mr. Afadzinu polled 59 votes out of 81 to carry the day.

The elections took place during the National PR and Communications Summit and 26th AGM held from Thursday, October 24 – 26, 2019 at Aqua Safari Resort, in Ada.

In the Vice Presidential election, Henry Nii Dottey, incumbent Secretary of Institute emerged victorious with 56 votes beating his opponent, Richard Osei-Anane of Eximbank who had 26 votes.

Shirley Tony-Kum of Vivo Energy, Kwabena Asare Okae-Anti, lecturer at the University of Education, Winneba and Afia Drah of the Trust Hospital were elected as Secretary, deputy secretary and treasurer respectively unopposed.

The election was supervised by officials from the Electoral Commission of Ghana.

The summit under the theme, Deriving value from Values: achieving the Ghana beyond aid agenda was opened by Kojo Oppong-Nkrumah, APR (MP) minister of Information who is an accredited practitioner of the institute.

Economic Leadership in 2019 “Excellent but Not enough”