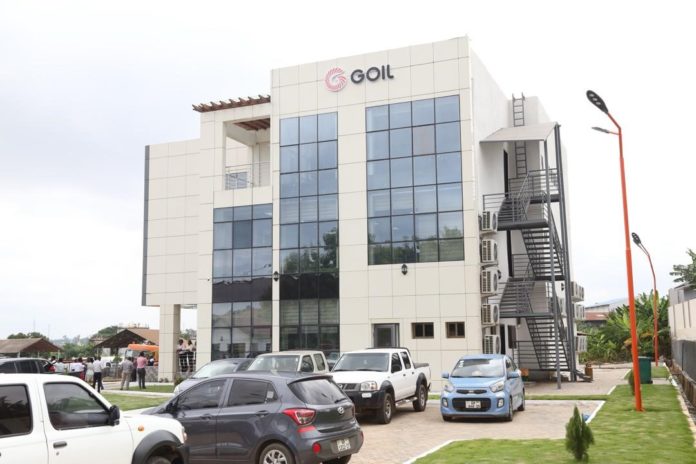 The Acting Managing Director and Group Chief Executive Officer of GOIL Company Limited, Mr. Kwame Osei Prempeh, has said the company will continue to set the pace in the downstream petroleum sector, despite the recent indictment of two of its stations by the Ghana Standards Authority (GSA).

He said GOIL Company commits to the highest standards in the industry, and periodically embarks on monitoring all its pumps and facilities at its fuel stations spread across the country to ensure that the customers are offered the best services.

He therefore attributed the instance of two of GOIL Company fuel stations found to be under-delivering to customers by the GSA to some technical challenges at the stations, which he stated have been immediately corrected.

Mr. Osei Prempeh was speaking in an interview at the backdrop of commissioning a new office complex for the Middle and Upper Middle Belt Zone of the company, and reassured the public to continue expecting the best of services.

He announced that latest by July 2019, the company is going to commence the construction of two major facilities – a bitumen depot and LPG recirculation plant, which will be sited in Tema and Kumasi respectively.

The construction of these facilities comes as part of strategic moves to transform operations of the only Ghanaian and state-owned company oil marketing company (OMC) in the downstream sector.

In addition to this, he said, they will soon announce the signing of an agreement with some major International Oil Companies (IOCs) to move into upstream operations among others.

The former Deputy of Justice and Deputy Attorney General under the erstwhile Kufuor administration, and former board member of GOIL Company Limited who recently took office, envisaged that by the end of his tenure all these major feats will have been achieved.

The outgoing MD/CEO of GOIL Company, Mr. Patrick A. K. Akorli, said the company over the past six years has committed to total transformation; and to among others give a facelift to every aspect of itsoperations.

He urged the public to deepen their stake in the company by continuing to patronise GOIL Company, while entreating staff to also continue helping the company to grow.

The Asantehene, Otumfuo Osei Tutu II – who was the special guest of honor at the ceremony, lauded the company for helping to stabilise the price fuel in the Ghanaian market on several occasions.

He noted that as the only Ghanaian and state-owned oil marketing company in the country, competing with several multinational companies, the gains chalked-up over the years have been overlooked.

While appealing to the public to patronise the services of GOIL Company, he also charged the state to ensure that it pays on time for the fuel consumed by state officials. He said prompt payment will help the company to sustain and grow its operations.

Otumfuo Osei Tutu II also charged the new MD/CEO to tap the experience of Mr. Akorli, and work with him when necessary to ensure the company continues on its path of growth.

GIPC elected as director of WAIPA board