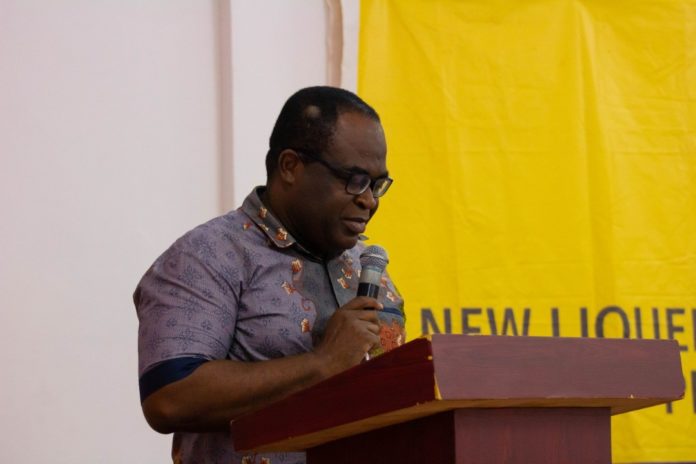 The Chief Executive of the Association of Oil Marketing Companies (AOMCs), Kwaku Agyeman Duah, says public support is important to a successful implementation of the Cylinder Recirculation Model (CRM).

The National Petroleum Authority and other stakeholders, as part of efforts to solicit public inputs before roll-out of the policy, have been engaging consumers across the country for their inputs. The team has so far engaged residents in the Western, Eastern, Central, Ashanti, Northern and Upper East Regions.

Addressing consumers at a public forum in the Volta Region, Mr. Agyeman Duah – who is a member of the LPG Implementation Committee, said countries such as Ivory Coast and Senegal where the policy is being implemented are recording zero explosion results. He therefore wonders why Ghana should not be part of such an important initiative.

Mr. Duah said the NPA’s public engagement is crucial, and therefore appealed for participants to bring their inputs because of the critical role they play in the process.
Vice Chairman of the Parliamentary Select Committee of Mines and Energy – and MP for Tarkwa Nsuaem Constituency, George Mireku Duker, said Members of Parliament from both sides of the house are in full support of the policy. He said visits to Ivory Coast point to a successful implementation of the policy, and therefore appealed for members of the public to support the policy.

On his part, Regional Minister Dr. Archibald Yao Letsa said the public consultation attests that the issue of safety in the use of petroleum products has been high on the agenda of government.

“There is a call on all to make safety the key word in handling petroleum products, so as to reduce if not eliminate the reported cases of fires associated with them.”

Chief Executive of the NPA, Hassan Tampuli, whose speech was read on his behalf by the Director of Human Resource, Abbiw Jackson, said government is targetting 50 percent consumption of LPG by 2030. In this light, government, through the National Petroleum Authority (NPA) has been engaging the public on the Cylinder Recirculation Model.
Mr. Tampuli said a lot more can be done to improve on the 25 percent LPG consumption.

“The CRM policy seeks to ensure the existence of robust and standard Health, Safety and Environmental practices in the production, marketing and consumption of LPG. In addition, it will provide a market-driven structure to increase access of LPG to 50% by 2030.”

Import revenue up by 3.9% …as paperless port boosts corruption...