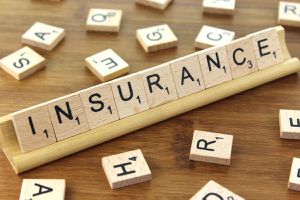 To fully restore confidence to the financial sector, there must be a Deposit Recovery Insurance Policy (DRIP), to protect a certain category of depositors who do not fall under the Deposit Insurance Protection Corporation (DIPC).

The DRIP system, which will be underwritten by insurance companies, in collaboration with banks will complement Bank of Ghana’s DIPC, aimed at further boosting depositors’ confidence in the banking sector.

Under the DIPC, banks are supposed to pay a premium on behalf of the depositor to the DIPC, so that in an event of any collapse or insolvency, the Bank of Ghana can fall on that to pay the depositor.

However, according to Mustapha Mensah, Vice president, Centre for Actuarial Liabilities Management (CALM GHANA), the law as amended in the Ghana Deposit Protection Act 2016 (Act 931), which establishes DIPC, does not cover every single account of banks.

“It is not all depositors who are protected; DIPC only covers retail depositors. So, there is a limit as to how much, if the bank collapses, they can pay your money back, depending on the type of account that you have with the bank,” he said.

“So, what we are proposing is that every depositor should be given the responsibility to also insure their money because DIPC does not protect all bank accounts, particularly large amount depositors,” Mr. Mensah added.

CALM, which is a research firm with expertise in actuarial liabilities of banks, says a survey it conducted shows that more than 54% of depositors are willing to pay premiums to insure their deposits against the collapse of their banks or deposit taking institutions if such policy exists.

Apart from providing an inclusive insurance protection for all depositors, Mr. Mensah said it had the potential to improve insurance penetration in the country, as well as, provide a pool of long-term capital for much-needed national development, like infrastructure.

He disclosed that his outfit is currently in discussion with banks, the National Insurance Commission, insurance companies and other relevant stakeholders, on how such a policy can be implemented.

In September 2019, the Governor of Bank of Ghana, Dr. Ernest Addison, announced the operationalisation of the Deposit Insurance Protection Corporation (DIPC), which took effect last month.

Described as one of the key pillars in securing financial sector stability, the Deposit Protection Act 2016 (Act 931) was enacted to protect small savings from losses incurred as a result of the occurrence of uninsured events, such as the revocation of a deposit-taking institution’s licence.

The coming in force of the law means that the state will no longer guarantee deposits placed with licensed banks or deposit takers that fail or have their licenses revoked by the central bank.

The DIPC became necessary following the banking sector crisis, August 2017 to the third quarter of 2019, which led to the revocation of the licences of 10 banks in the country, along with number of savings and loans firms.

The DIPC, however, provides protection for only retail deposits – deposits made by individuals who are not accredited investors.

Save Water; Save the Environment; Save Cash!