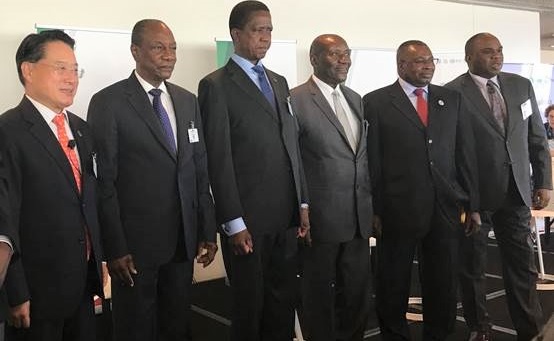 The President of the African Export-Import Bank (Afreximbank) Prof. Benedict Oramah, has urged African countries to create vehicles that would make it possible for manufacturers to trade across the African continent.

Speaking during a high-level event on the Third Industrial Development Decade for Africa 2016-2019, organised at the United Nations Headquarters, Prof. Oramah argued that manufacturers needed somebody else to handle the export and trading of their products.

Export trading companies had been one of the approaches used to tackle that challenge, he said, adding that the creation of the African Continental Free Trade Area also attempted to address the issue.

Prof. Oramah said that previous efforts by African countries to use manufacturing and industrialisation as engines for development and growth had failed largely as a result of issues such as lack of access to market, lack of capital and skills and inadequate infrastructure.

He stated that many large-scale investors had little interest in investing in Africa in a massive way because of the fragmented nature of the African market.

The President suggested that Africa should focus more on labour-intensive manufacturing which had more net effect on the population than on capital intensive industries.

He also stressed the need for Africa to focus on skills development, in particular, by going back to building technical schools and supporting universities of technology in order to equip people with the right skills for the kind of jobs that were beginning to emerge.

Prof. Oramah announced that Afreximbank had launched an equity investment fund, the Fund for Export Development in Africa, which would help attract foreign direct investment to support industrialisation and manufacturing in Africa.

The high-level event, held on the sidelines of the United Nations General Assembly, had the theme “Promoting innovation and infrastructure development: A pathway for boosting manufacturing in the Fourth Industrial Revolution”.

Inflation slides back to single digit…drops to 9.6% in July

A feel of Indonesia