….exceeds the minimum threshold by 270%

The Adansi Rural Bank at Fomena in the Adansi North District of Ashanti Region has recorded a stated capital of a little over GH₵3.7 million as at December 2018 year under review representing a marginal growth of 1.5 per cent from the 2017 financial year’s figure of GH₵3.6 million.

The amount, which far exceeds Bank of Ghana’s minimum threshold, is 270 % more than the minimum GH¢ 1million mandated by all rural banks to achieve by February 2020.

This development further strengthens the bank’s position as the 4th bank, in the Ashanti Region, to exceed the minimum capital.

Notwithstanding this remarkable achievement, the Bank recorded a dip in profit before tax, during the year under review from the previous year’s gains of GH¢2.3 million. This has been attributed to the write off of some impairment of some investment resulting from the recent financial sector crisis.

The Chairman of the Board of Directors, Mr. Kofi Ampofo Agyapong, announced these and more at the 29th Annual General Meeting held recently.

He noted that the year under review was a very challenging one for the financial services industry. The turbulence witnessed by the sector in the year, 2018, resulted in the revocation of licenses of some universal banks and other financial institutions.

He said the Securities and Exchange Commission’s regulated asset management companies that had been a major source of Investment Avenue for RCBs witnessed even a worse crisis leading to the folding up of some of the companies.

“As a consequence of the foregoing, investment income witnessed a significant reduction while some banks wrote-off their investments. For us at Adansi, we have not been spared the ordeal. We have had to write-off some of our investments in reaction to the prevailing market conditions.

However, he stated that efforts have been made to ensure that those investments are recovered in full, and assured shareholders that the bank continues to be strong and resilient.

In spite of the challenging macroeconomic and political environment that pertained during the reviewed year, the bank managed to pull yet another satisfactory operational performance in almost all the financial indicators in the year under review as shown in the table.

The Bank’s Investment in Treasury Bills and other money market securities increased from 16.57million in 2017 to GH16.82million in the year under the review. The marginal growth resulted from the write off of some impaired investments.

The Managing Director of the ARB Apex Bank, Mr. Kojo Mattah, in reference to the profit loss during the year under review, said the ARB Apex Bank is at all times ready to provide guidance on major investment decisions. He thus urged Adansi Rural Bank and sister RCBs to call on them for such advisory support.

He noted that the growth assets of Adansi Rural Bank were encouraging. As a result of this, he expressed optimism of a remarkable turnaround of the bank, by next year, if the assets are rightly deployed, with the support of the shareholders.

Drawing some lessons from the mobile phone market, Mr. Mattah advised RCBs to endeavor to be in touch with modernity or ‘fade out’ of the increasingly competitive rural banking sector.

He said, “Those who refuse to learn to improve, will definitely one day become redundant and not relevant to the industry,” while tasking RCBs “to endeavor to do the right things and do things right.”

Also highlighting on some of the resolutions taken at the recent Managers’ Conference, he reiterated that digitalization of the entire operational value chain of RCBs is pivotal to their sustainability and growth.

In an interview, the General Manager of the Bank, Akwesi Ossei Nkrumah, said the bank is very well positioned to deliver its mandate as a rural and community bank. According to him, the directors are now challenged to deliver on their mandate and ultimately ensure that shareholders get value for their investment.

The bank’s business model according to Mr. Nkrumah is still tailored for Micro Small and Medium Enterprises and would push for more market penetration as they develop new and better products and trusted relationships with clients of the bank.

He emphasised that the Bank would continue to pursue a massive share and deposit mobilisation, follow stringent cost reduction policies, strengthen internal control measures and develop the human capital to meet the demands of functioning profitability in the competitive rural banking environment.

Don’t be too wise to hoard cash at home. Use digital financial solutions 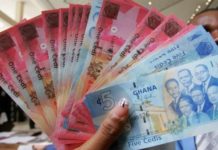 BoG bars MFIs from digital space until they pass ‘test’