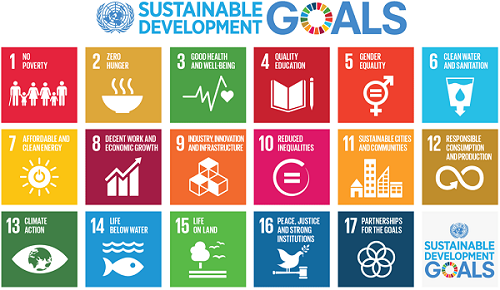 At ICAO’s 40th Assembly, on-going in Montreal and attended by over 2,500 delegates, Ghana’s delegation to the event led by Aviation Minister, Joseph Kofi Adda, endorsed the call by the specialised UN body.

ICAO has been striving on several levels in recent years to draw high-level political and industry attention to the fact that international air connectivity provides significant impact for states with respect to attainment of 15 of the 17 SDGs.

These efforts have largely been carried out through its World Aviation Forum events, but also through the direct bilateral interactions of ICAO’s Council President and Secretary-General during their numerous foreign missions.

Key to this advocacy has been ICAO’s consistent message that by investing in the infrastructure and expertise to assure ICAO-compliant international air services, states will enjoy numerous socio-economic prosperity benefits for their local citizens and economies.

The Fortieth Assembly Working Paper A40-WP/45 draws attention to ICAO’s activities in support of Agenda 2030, and demonstrates the organisation’s consistent stance in supporting its member-states with advancement of the SDGs through a proprietary analytical framework; and also through the concrete implementation of numerous capacity-building and assistance projects in developing states.

“More and more states today are appreciating this dynamic, and ICAO has been encouraged to appreciate their related commitments in assuring the safety, security, and efficiency of local air services, including toward national air transport emissions reduction.”

Dr. Liu’s statements were clearly supported by the data contained in A40-WP/45, a portion of which explores how aviation has increasingly been introduced into states’ overall development planning and objectives during the 2016-2018 period.

In the context of the United Nations (UN) High Level Political Forum on Sustainable Development, whereby states are invited on a yearly basis to voluntarily present their progress toward the SDGs in the voluntary national review (VNR) progress reports, A40-WP/45 provides a comprehensive analysis of 107 VNRs submitted by 98 UN member-states from 2016 to 2018.

The data reveals that the number of VNRs referencing aviation has more than tripled from 25% to 77% of VNRs, and that 62 out of 98 states referenced aviation in their VNRs – up from just five states when ICAO began these initiatives.

More recently, ICAO has focused greater attention on the specific needs of Pacific SIDS (PSIDS), by conducting a detailed study and forming tailored recommendations to sustain the connectivity needs of these states while adapting and responding to natural disasters.

These efforts are aligned with the UN’s broader Samoa Pathway for Action, and with ICAO’s longstanding assistance and capacity-building efforts under its No Country Left Behind campaign.

“Investment decisions aimed at supporting international aviation have a demonstrated catalytic impact on social welfare and economic development, and ICAO has developed comprehensive guidance to ensure that such financing can contribute to the sustainable development of states,” Dr. Liu continued.

The 40th Assembly, which also elects the 36-Member Council of ICAO and agrees on the UN aviation agency’s work programme and budget for the next three years, will be concluded on 4th October, 2019.

Ghana’s delegation to the Assembly is led by the Aviation Minister, Joseph Kofi Adda. The delegation also includes senior officials from GCAA and GACL, the Ghana Meteorological Agency, and members of the Parliamentary Select Committee on Roads and Transport.