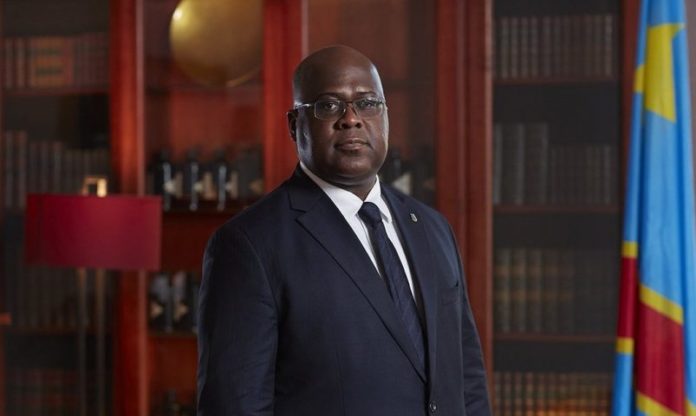 President of the Democratic Republic of Congo (DRC), H.E Félix Tshisekedi has announced his plans of improving the living conditions in rural areas of the country through investments in the agricultural sector.

Launching the 5th edition of the Sultani Makutano Forum in Kinshasa, the President noted that he has taken the firm resolve to reverse this trend, improving living conditions in rural areas through the creation of agro industrial zone and the construction of basic infrastructure.

According to him, Africa remained 20 percentage points below global targets in terms of poverty reduction to execute the 2015 Millennium Development Goals compared to only 4 points for Asia. He said about 46% of Africans remain poor, with incomes below $ 1.25 a day and low productivity.

He noted that in 2018, the average income per Congolese was USD$458 per annum or $ 1.25 per day. It is on the back of this information, that the president announced that his government will extensively invest in the agricultural sector to generate revenue that will improve the livelihoods of the rural community.

He lamented that: “It is disturbing to see the arms that were to be produced in rural areas for an agriculture-industry exchange to swell urban populations to become stomachs to feed instead of producing forces. This explains the fact that the Democratic Republic of Congo today imports 90% of basic consumer goods.”

He said the agricultural potential of the country an important growth driver with its 80 million hectares of arable land and 40 million irrigable citing that the challenge for his presidency is to bring the rural and agricultural population from subsistence production to industrial production.

He noted that he is poised to ensure that the mineral wealth of the country can be invested in the soil, that is, in agriculture, which is sustainable. “It would be a good revenge of the soil on the basement”, he added.

With nearly 40% of the Congolese population living in cities, which may exceed 50% by 2050, President Félix Tshisekedi firmed his plans to make the agricultural sector more attractive to prevent rural-urban migration as well as encourage urban dwellers to participate in good agricultural practices.

40 Ghanaian companies to go on oil and gas trade mission

‘The Page Turners Reading Club’ is here to stay