Golden Exotics Limited, a horticultural company noted for its pineapple and banana exports to Europe, is unclear what Britain’s imminent departure from the European Union holds for its business.

This is because currently Golden Exotics exports both to the EU and Britain, and according to George Kporye, Corporate Affairs and Administrations Manager: “It has become clear that the British government is heading toward High Brexit; so it is important that our company, which has a very significant business with the UK, needs to have a clear picture of what the government is doing, because most of the major buyers of our produce are already requesting for tenders for supplies for 2020”.

He went on to add that Ghana’s position on the Brexit is not clear: “We are already trading with the European Union (EU) including the UK under the terms of the Economic Partnership Agreement (EPA), which allows us quota-free, duty-free access to the European market. But when we have a hard Brexit, the UK will obviously not be part of that arrangement anymore. So, under what terms are we going to be working?”

If it is a hard Brexit, the default position is the World Trade Organisation (WTO) arrangement called General Systems of Preferences (GSP), which will mean that for every tonne of Banana exported, there will be a tariff of €114 that translates into about €2 per box – whereas the company does not make a €1 margin on a box of banana.

“We as a company think that there needs to be sure clarity on this issue, because we have over 3,000 employees whose jobs will be at risk if this issue is not dealt with as soon as possible,” he said.

“We know that in the background government is having discussions on this matter, and we have always been assured something is going to be done to ensure there is no disruption to our businesses; because it’s not only about banana, it’s all products going into the UK.” 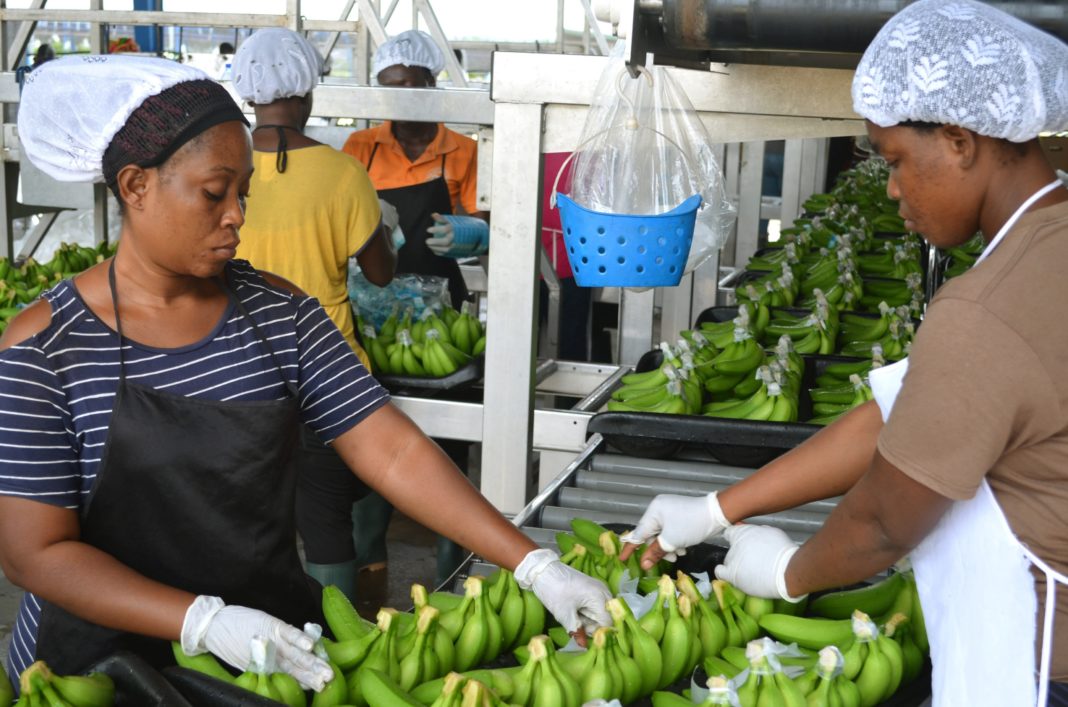 Golden Exotics has two means of producing banana: the conventional banana, which is produced by the usual methods and occupies a land area of 1,100 hectares; and it has also developed, for the last 3 years, organic banana which occupies an area of 600 hectares and still growing – with 55% to 80% going to the UK market and 20% to some selected West African countries.

The Voice of Freedom