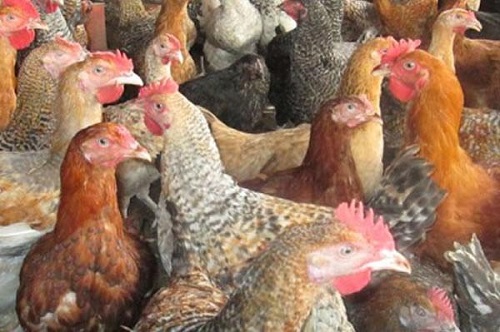 According to GAPFA, the quota enforcement of 60 percent that is supposed to be imported as opposed to 40 percent produced locally is not being enforced, which in a way is stifling their businesses and has created a gap as far as market share is concerned.

Per Ministry of Agriculture statistics, the total number of birds in the country is 40 million: “But this is not a lot, because in the USA just one farm has 40.2m birds and BRM in Brazil has over 200 million broilers that they produce. So for 30 million people, the per capita consumption of birds should be about 2.5 per person; and as a country we are operating about 1.3 per person, so there is a huge gap for us to meet the UN standards. We are not doing so well,” Vice President, Michael Nyarko-Ampem, told B&FT at a stakeholders’ meeting to deliberate on issues in the local poultry industry of Accra.

On his part, Vice-Chairman Kwame Ntim Duodu also explained that the reason for the gap is because there is fear local poultry farmers do not have the market.

“We have the capacity to meet the national consumption needs, but when you produce and you are not sure of the market you don’t venture there; if what we saying gets to government, we are ready to sit with them and tell them this is how we want to go about it.

See Also:  Ghana and Switzerland – the little known history of our long partnership

“When we are sure we have the market, we have the capacity to produce and meet the national demand. It is not competitive doing this business with those that import them. They have access to cheaper sources, interest rates and loans, so they are able to go out and bring their poultry produce and dump on us.”

He also added that locally produce birds are healthier because they do not have to go through many years of storage, unlike the imported ones which have been stored for more years.

Ban on importation of poultry

The group also believes that a ban on the importation of poultry would be “ideal” for the long haul, but in the short-term it wants government to assist them to expand their businesses.

Vice-President Michael Nyarko-Ampem stated: “The ban on importation of poultry would be ideal, that is the ultimate we expect and anticipate government will do; but in the interim, we also appreciate the fact that those who import have people they employ so we would not want people to just go out of business. We should do it systematically, so that as we reduce the importation our poultry farmers also will fill in those gaps so that as those people get laid-off they are employed in this sector so we don’t get a shock in the system”.

At the annual general meeting of GAPFA, it was revealed that during the year under review the group exhibited strong resilience in the midst of a difficult operational environment. Prices of major raw materials, such as maize and soya bean meal, reached high levels.

On the future plans of the group, officials maintained that it is envisaging to set up a fully automated production line that will commence operations at the GAPFA property at Gomoa Akotsi in January 2022.

The decision was taken because the current location cannot contain their ever-expanding operations; likewise, the labour intensive operations will not survive the continually increasing competition in the feed-mill industry.

GAPFA operates within the agricultural manufacturing industry, and is mainly involved in the production of poultry feed for sale to its members as well as non-members.

Youth in cocoa entrepreneurship …TN Delfah and Solidaridad lead the...

THE CORONAVIRUS PANDEMIC: Prospects and challenges for Africa