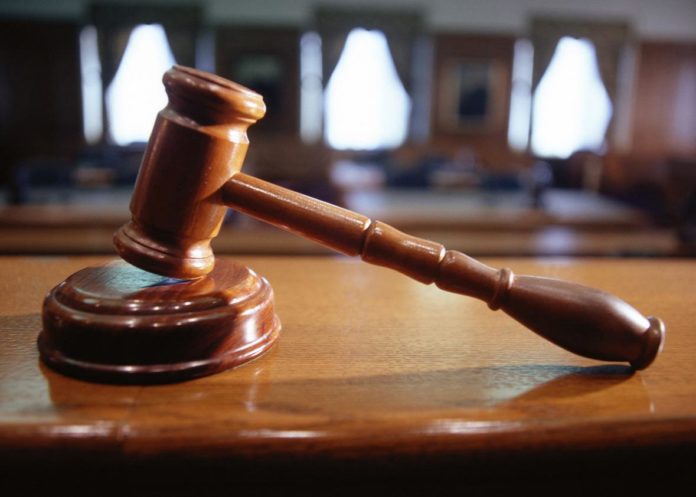 On 30th day of December, 2016, Nyonkopa, as part of its obligations to COCOBOD, evacuated 600 bags of cocoa beans graded, bagged, sealed and unique coding and waybill and certified by Quality Control Company (QCC) in its own name from its warehouse at Asumura, Goaso, in the then Brong Ahafo Region of the Republic of Ghana, when the said Asumura  Cocoa District was under the management of its District Manager, Abdul Rahmani Mahama. The said secondary evacuation was bound for Kaase port in Kumasi in the Ashanti Region.

On 31st December 2016, Unicom Commodities caused the arrest, impounding and detention of the said truck en route to Kaase Port by the Ashanti Regional Police Command for alleged stealing of the said 600 bags of cocoa beans by Nyonkopa with the connivance of the said Abdul Rahmani Mahama.

Whilst the matter was under investigation by the said Police Command, on the 5th and 6th of January, 2017, The Daily Guide and The Ghanaian Chronicle respectively published a story concerning the incident which in the opinion of Nyonkopa, such publications were defamatory in nature as they tainted the reputation of not only Nyonkopa but also its said holding company, Barry Callebaut which has been of international stature, repute, and recognition.

After investigations had concluded, the said Police Command issued a report exculpating Nyonkopa of any wrongdoing as no evidence of stealing was found. Consequently, Nyonkopa successfully caused a rejoinder to be published by The Ghanaian Chronicle but The Daily Guide published its own rejoinder after an action had been instituted against it. Therefore, there was an amicable settlement among Nyonkopa and the said newspapers.

This notwithstanding, all efforts by Nyonkopa to get Unicom Commodities to get to the negotiation table for amicable settlement proved futile.

Eventually, getting to the end of February, 2017, Nyonkopa instituted a suit in the Commercial Court, Kumasi, against Unicom Commodities claiming GHC2,000,000.00 as special, general, exemplary and punitive damages for the malicious and deliberate act of misleading the police to cause the arrest, impounding and detention of the truck fully loaded with quantities of bags of cocoa beans graded, bagged, sealed and uniquely coded and specially way billed with Quality Control Certificate (QCC) which said malicious and deliberate act was conspicuously contrary to the best practices, customs, and usages in the cocoa beans’ purchases industry and COCOBOD’S practice directive regulations and which said  arrest, impounding and detention of the said  truck and its said consequence caused an embarrassment, defamation, disrespect, scorn and denigration to Nyonkopa  whilst costing  it some cash sums.

Also Nyonkopa claimed for an order of perpetual injunction against Unicom Commodities, its assigns, agents, servants, workmen and all those who work for it from further making such malicious and deliberate act of misleading the police to cause the arrest and an impounding of its bags of cocoa beans graded, bagged, sealed and uniquely coded and specially way billed with Quality Control Certificate (QCC) in its name or in whatever interfering with its operations.

After 2 years in this legal battle, final judgment was delivered on   the 10th day of April, 2019 by the Commercial Court, Kumasi wherein Unicom Commodities Ltd. was ordered to pay GH¢1.2 Million to Nyonkopa as general damages for defamation among others and GH¢40,000 as cost whilst Nyonkopa was also ordered to refund GH¢71,000.00 being the  value of 150 bags of cocoa beans to Unicom Commodities.

Unicom has since appealed against the said judgment but its 2 applications for stay of execution, first at the said Commercial High Court, which was substantially granted on terms, was not complied with by Unicom which culminated in the repeat application at the Court of Appeal, Kumasi which was dismissed unanimously by the said Court of Appeal.

Hence, Unicom is yet to vomit the said payment of GH¢1.2million together with the cost of GH¢ 40,000 to Nyonkopa whilst its appeal is pending.

See Also:  A strong agriculture base will propel industrialisation agenda

It is worthwhile to note that an initial source close to Nyonkopa shows that it instituted the action in court mainly to instil discipline in the Cocoa Purchasing Industry in Ghana by way of upholding the relevant laws governing the industry in Ghana.

Besides, as further indicated by the source, the general overriding justification of the said relevant provisions of the cocoa laws and customs, usages and the practice-directives is to make sure that the Republic exports only wholesome cocoa beans with the view to generating the needed foreign exchange for developmental projects in the Country and that Ghana continues to maintain the premium nature of its cocoa in the world market which any act of breaching the laws could have jeopardized.

Nyonkopa  finally admonishes that since Cocoa is one of the traditional exports and the foreign exchange earners for the Government of Ghana, its treatment and dealings are analogous to that of gold and other natural resources like hydrocarbons which are always under the exclusive ownership, possession, and control of the Government and neither the police nor any security agency has business whatsoever to impound, arrest, detain and cause any form of delay when same are being consigned from its point of origin to its port of destination unless and until under the express instructions of COCOBOD, therefore, such acts must be deprecated from by all the industry players with the view to promoting  sanctity in the industry.

GTBank partners AWA for online sale and payments for tickets