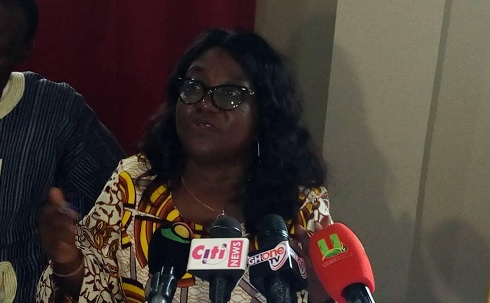 Members of the Ghana Co-operative Agricultural Producers and Marketing Association (Agricoops) is advocating for the passage of the proposed co-operative bill.

The bill according to the General Manager, Victor Atsu Alorbu will revamp the agricultural sector and facilitate the operations of co-operative societies in Ghana.

The Agricoops in its quest to revive the association, with the support of BUSAC Fund held a meeting at Ashaiman on the theme “Policy dialogue toward the development of viable agricultural co-operative societies in Ghana” brought together stakeholders to unravel their challenges and concerns and made recommendations that should be captured in the proposed co-operative bill.

Mr. Alorbu said the Agricoops should be made strong at the grass root by providing the department of co-operatives with the needed logistics and renumeration. Government must ensure a mandatory support for Agricoops to produce a certain percentage of the country’s export and domestic needs.

The Agricoops, is the apex body of Cooperative farmers in Ghana was formed in 1972 and registered as co-operative institution in 1974. With the objective of development of a viable, self-reliance forward-looking and capable of improving the standard of living of co-operative farmers through the application of the universally accepted farming practices, co-operative principles and values with the goal of making farming a profitable and dignified business enterprise. The Agricoops therefore, is concerned with improving the livelihoods and income opportunities for small scale farmers.

Legal Consultant of Agricoops, Madam Gloria Ofori Boadu in an interview with the B&FT emphasized the need for the outmoded law which is over 50 years to be modernize to meet modern trends.

“There is no modern legislation because the existing law was passed since 1968 during the National Liberation Council period. The era has change and so there is the need for the legislation to be repeal  for a new one taking into consideration modern trends and current situation of unemployment in the country”. She noted.

She said members of Agricoops have the capacity to support government policy like planting for food and jobs, create more employment, and can produce enough for export and domestic needs.

According to her, the Agricoops’s principles are based on the principles lay down by the international global alliance which highlighted that co-operative should be independence, autonomous, have democratic leadership, be equip, generate profit and employment at the grass root, among others.

She stated that the co-operatives have more to offer in support of government agricultural policies in its value chain by producing enormous commodities locally and this will help reduce the burden of import on the national budget.

Mr. Albert Akwesi Boakye of the Ghana Co-operative Council also told the B&FT that they are fighting for the new law that can enhance productivity as well as strengthen their members at the grass root to be viable.

He said if government allow the co-operative across the country to operate on their own, they will be able to contribute to about 50% of Ghana’s GDP.

“We are fighting for a new law and we want government to just regulate us and allow the co-operative to do the promotion on their own. If we are allowed to operate, we can contribute about 50% of GDP”.

Meanwhile members of Agricoops in the agricultural value chain include bee keepers, rice farmers, tomato farmers, tomato processors, fish and meat processors, cereal, grain, vegetable producers and many others recommended that the proposed bill should facilitate partnership and collaboration between regional and municipal directors of the ministry of agriculture on one hand and the regional, municipal, and district officers of the department of co-operatives on the other hand and give priority to agricultural co-operatives in the cereal, grains, vegetables, fish and meat sub-sector.

The government’s school feeding program must form business networks and partnerships with the co-operatives, provide opportunities for processing, value addition and marketing to hotels, restaurants by the co-operatives as well as be autonomous and not depend on government recognition and support.

They also recommended the availability of a relevant budget which would take care of logistics support for the department of co-operatives as a regulatory body with the assistance from the co-operatives so as to contribute to a visible apex body of Agricoops.

Is boasting good or bad for business?