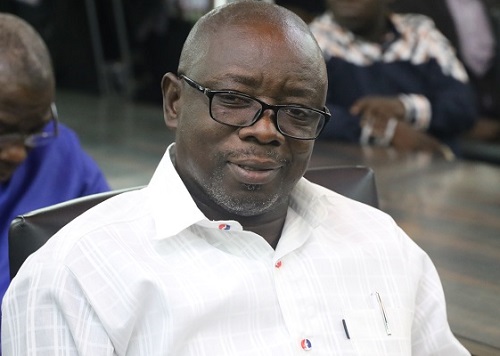 Kwaku Asomah-Cheremeh, the Minister of Lands and Natural Resources, on Monday launched the 2019 Oil Palm Plantation Project – with over one million seedlings nursed by the Richie Plantation Limited ready to be distributed to farmers.

Launching the Project at Dunkwa on Offin of the Upper Denkyira East Municipality in the Central Region, he said it is to help mining communities reclaim lands and provide alternative means of livelihood for illegal miners.

The Project is being funded by the Minerals Development Fund of the Lands Ministry, with a decentralised monitoring system on progress of farmers.

Mr. Asomah-Cheremeh urged the youth to take advantage of the Project, and appealed to traditional leaders to release lands for it.

He said it will be extended to other mining communities in the Ashanti, Eastern and Western Regions.

Mr. Sampson Kwaku Boafo, the Chairman of the Minerals Commission, assured mining communities that the Commission will regulate the activities of mining companies to ensure they fulfill their social responsibilities so as not to leave mining areas in a dilapidated state.

Madam Happy Esther Edjeani, Board Chairperson of the Minerals Development Fund (MDF) Secretariat, said it will evaluate the project to assess its socio-economic benefits – aiming to broaden and extend it to other communities.

It will also discuss with breweries and pharmaceutical companies, among others, to increase the use of palm produce and enable farmers to get value for money.

Mr. Richard Quansah, the Chief Executive Officer of Richie Plantations, said it is encouraging to see the youth stopping illegal mining and engaging in oil palm farming under the Project.

G-Money: The Mobile Money Service with best rates in the market

Editorial : Lighting up and powering Africa will quicken economic transformation

Editorial : Use stimulus to keep an up-to-date record of MSMEs in the country

Future of Banking: Making a case for digitalisation in the...