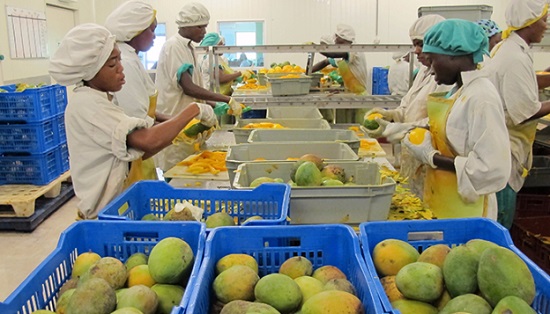 Already, the Ghana Export-Import Bank (EXIMBANK) has approved a loan of GH₵5m to the Astek Company Limited to revamp the fruits processing operations of the company at Nsawam in the Eastern Region.

Of the amount, the bank has so far disbursed GH2, 639,670 to the company as capital expenditure to purchase machines and other equipment, while GH2, 805,000 is yet to be released to the company as a working capital.

The Minister of Trade and Industry, Mr. Kyeremanten, who made this known when he appeared before Parliament last week, assured the House that with the provision of the capital expenditure, the company would begin operations in April 2020.

He disclosed this to the House after the Member of Parliament for Nsawam-Adoagyiri, Mr Frank Annor-Dompreh, had asked him what plans were underway to revive the company to give job opportunities to the youth of the Nsawam-Adoagyiri and its environs.

ASTEK, which began fruits processing work in 1982, shut down its operations in 2009 as a result of financial challenges.

Prior to folding up, the company was a major employer of residents of Nsawam-Adoagyiri and their surroundings including Aburi.

Responding to the question of the Mr. Annor-Dompreh, Mr Kyeremanten said Astek Company Limited was one of the first companies that expressed interest to be part of the Ministry of Trade’s stimulus package programme and subsequently the One-District-One-Factory (IDIF) initiative, using its subsidiary company, Nano Foods Limited.

“The promoter has therefore ordered a 600 metric tonnes per annum pineapple processing equipment that is scheduled to arrive in January 2020 for installation, to enable the company commence operations in April 2020.

“The promoter has also used part of the disbursed amount to refurbish the company’s premises at Nsawam but will require an additional amount of GH500, 000 to complete the refurbishment due to cost overrun,” he stated.

He told the House that the company had secured orders to export canned slice and chunked pineapple to Spain, USA and Egypt under the new brand name, Nano Foods.

“With regard to the local market, Mr Speaker, the company will produce and supply fresh pineapple juice,” he said, indicating that the firm would create a minimum of 60 direct jobs and 200 indirect jobs for residents, particularly the youth of Nsawam-Adoagyiri and surrounding communities.

Besides, he said the company would purchase the produce of pineapple farmers or outgrowers in the community to complement supplies from the company’s nucleus farm to enhance their incomes and improve their livelihoods.

To ensure the successful operations of the company, Mr Kyeremanten said his ministry would continue to provide all the incentives and support services earmarked for the IDIF companies.

“The Ministry has also assigned a consultant to work with the business promoter to enhance operational performance for the achievement of the company’s objectives,” he assured the House.

In an interview with B&FT, Mr Annor-Dompreh said he felt fulfilled that the government had made every effort to resuscitate the company which he said would be “a relief for the residents in my constituency.”

“I feel fulfilled because this is something I have pursued for the past two years as a Member of Parliament,” he stated.