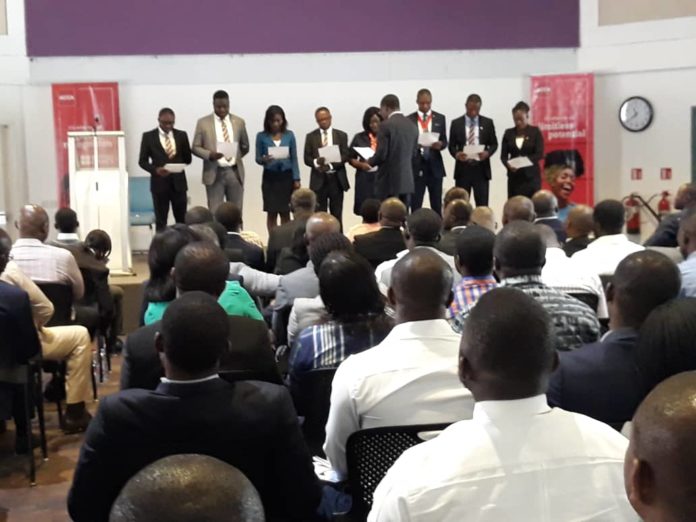 The Association of Certified Chattered Accountants, ACCA, has sworn in a nine-member network panel to form the board of directors of ACCA Ghana.

Issues discussed during the swearing-in centred on ethics in the accountancy profession and ethics in journalism and media.

Presenting on the “Ethics in Journalism and media”, Prof Kwame Kakari, noted that the only and ultimate justification for any action or output of the mass media is in the public’s interest.

He said media and journalism derive their legitimacy and relevance in the public space including the functions and activities of privately owned media.

Professor Kakari said that the media has an ultimate responsibility to the public and this demands that they conform to the same rules and principles of behaviour towards the public thus, all media are enjoined to adhere to same code of ethics.

“As such the mass media owe society certain responsibilities which derive from the media’s function in the society. Democratic governance must exist and operate to enable the media serve society and must permits the existence and functioning of media representing varieties of diverse social political and cultural ideologies.”, he added.

He said journalism ethics are meant to enhance media freedom, which in turn, is also necessary for the growth and expansion of the freedom of expression of people in a democracy.

Professor Kakari again noted that it is most of all important to tell the truth upon seeking and finding it in the public interest however, he was quick to add that, a major challenge in enforcing the ethics of journalism is the fact that adhering to the ethics in journalism is largely voluntary.

He said, “It is by moral suasion that journalism ethics are codified by the voluntary Association of journalists and not by external authorities such as governments or legislatures. The first mechanism is in house by editors and managers of media houses and forcing the norms on a day-to-day basis through the editorial process.”

“Over the years, there has not been any attempt to set up the type initiated by industry people neither has the PRINPAG nor GIBA shown interest or concern in contemplating any such efforts. Even though the National Media Commission is mandated to regulate the media somehow, that is fraught with many difficulties,” added Professor Kakari.

In his presentation on elaborating on the ethics of the ACCA, Mr. Gavor, a renowned Chartered Accountant also said that integrity, objectivity conflict of interest and public interest are the main objectives of the ethics of the accountancy profession.

He advised that it is important for chartered accountants to adhere to the ethics set out “because it is one thing to know what to do and another to actually do it. We must profess to very high ethical standards because there is a reliance on us by the public to do the right thing.”

Mr. Gavor noted that practising the code of ethics of the accountancy profession builds trust between clients and their accountants and also helps the public build their confidence in accountants.

“That’s a big responsibility on us to be professionals because they depend on our professional body to keep us alive. As a profession, we owe the public a daily integrity, objectivity and professional competence. You are the future and you must adhere to the ethics set out to build the confidence in the profession”, said Mr. Gavor.

In an interview, a Financial Consultant and Banker, Kwabena Appiah Gyimah, noted that the forum was very insightful “and having such experienced people from the media and accountancy profession to expose us to ethics in media and journalism and the accountancy profession I think we’re well rested. We got a lot of information which will help us in executing our duties.”

He added that ethics are very important in our daily lives and the absence of is contributes to the bane of our problems in this country “because if you’re not ethically inclined, it will be easy for bribery, corruption and other vices to take place. But, if you are a person of integrity irrespective of whatever happens, you do the right thing.”

The tourism industry and the stability of the cedi