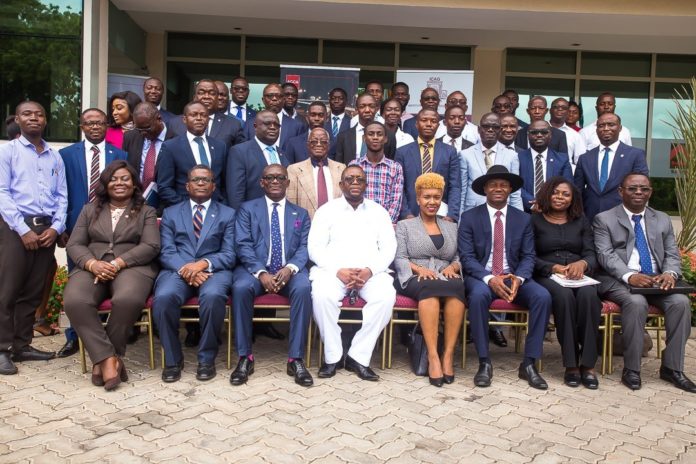 Held under the theme: “The Future of the Accountancy Profession in Ghana”, the two institutions believe that being more collaborative will help strengthen the future of the profession and make it more attractive for the youth to venture into the course.

According to Jamil Ampomah, ACCA Director for sub-Saharan Africa, there are many accountants in the system who are not recognized by either ACCA or ICAG but are however practicing the profession. He noted that this is a wrong practice because being a member of ACCA or ICAG, puts an acknowledgement on the practitioner and sanctions can therefore be meted out to the person in case of wrong doings.

“When you listen to some of the reportage that comes out from the Public Accounts Committee, there are a lot of the issues raised when they refer to accountants. You may find out that they are not professionally qualified accountants. They only have the title of an accountant but they may not be members of ICAG or ACCA. So how then do you sanction someone who is not a member?

So, this is why a gathering such as this can be used as an opportunity to educate the wider public about who a professional accountant is.”

On his part, the Member of ACCA Panel Ghana, Kwabena Appiah Gyimah, said: “The idea of this collaboration between ACCA and ICA is premised on the fact that we have a lot of accountants in the system who are very dormant and docile and get themselves involved in their jobs but the profession itself is going to the backburner as compared to other professions like law.”

He added that the collaboration between ACCA and ICAG is a good opportunity to revamp the accountancy profession.

He noted that this is the first collaboration between the two institutions and announced that more of such are expected to take place as often as possible.

“We will involve a lot of members of ACCA and ICA in a bigger forum to discuss the future of accountancy. A lot of scandals have come in this country in the area of accountancy. When you listen to the Public Accounts Committee, everything is linked to the doings of the accountant however most of these assumptions are wrong. So, this is the forum that we want to discuss all these issues”, said Mr. Gyimah.

He added that ACCA and ICAG, as part of future plans, would come out with a communique to give the profession more prominence and involve most of the accountants in various fields of endeavor.

“We will come together and discuss the future of accounting and we see the way forward. Because we are the bedrocks of financing in this country. So, if the accountants are not involved in the management and finances of this country, you can imagine where we are heading. Issues come and most people who are called to speak are not accountants. So, this is the idea of this roundtable discussion, to contribute more towards the development of this country”, he noted.

IUU is accounting for dwindling fortunes in fisheries sector