London’s benchmark share index, the FTSE 100, has fallen 1% amid signs of greater volatility on the financial markets.

The fall comes after sharp losses for US shares on Friday, when the Dow Industrials lost 2.5%.

That was the biggest one-day loss since June 2016.

On Friday the markets were spooked by strong US wage growth which raised the possibility of an accelerated pace of interest rate rises.

However, those falls come after some very good years for investors.

The Dow Jones rose more than 25% in 2017 – a year which was also unusual for its lack of sharp moves.

“There is going to be more volatility this year, ” Andrew Wilson chief executive of Goldman Sachs Asset Management, told the BBC.

On Friday there was a hefty 4% loss for shares in Apple, which had been one of the markets’ star performers in recent years.

That selling came despite a solid trading update from the company.

The countries hit hardest by the oil price war

COVID-19 is an opportunity for Europe 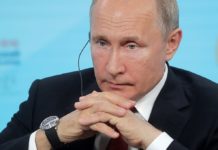 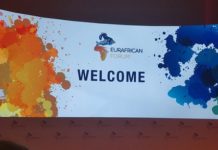 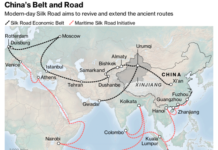 Can Turkey Rewrite the Crisis-Management Rules?

A currency crash course for politicians