Nelson Rolihlahla Mandela, fondly known as Madiba which in Xhosa means “Father of the Nation”, would have been 100 years old on Thursday. The African Development Bank recalls the life, times and ideals of a great man and a global iconic figure.

Mandela was a political patriarch and a remarkable leader whose tenacity and selflessness helped change the course of history – for South Africa, Africa, and for humanity. Today, his legacies continue to inspire current generations of leaders across Africa around the world.

The story of Nelson Rolihlahla Mandela affectionately called “Tata”, or “father” in Xhosa, began 100 years ago today(yesterday) in the village of Qunu, Eastern Cape, South Africa.

As the international community readies itself to mark this incredible milestone, social media channels, development agencies and leaders across the world are paying tribute to an exceptional man, a visionary leader’s ability to unite and rally around ideals of unity, love, compassion and social equality.

Mandela died on December 6, 2013 at his home in Houghton, Johannesburg, South Africa. Even in death, Madiba continues to evoke respect reverence, passion and pride across Africa. It is safe to say that his exemplary and formidable accomplishments will remain unequalled for generations to come. Madiba’s legacy of patience, hope, unity (Ubuntu), and love helped change the course of history for his native South Africa, Africa and indeed for all of humanity.

At birth his parents named him Rolihlahla Mandela. The archives of the Nelson Mandela Foundation state that in Xhosa, one of the official languages of South Africa, “Rolihlahla” means “pulling the branch of a tree.” It could also be translated as a positively disruptive thinker.

Mandela’s instincts for challenging the patrons of apartheid landed him and his associates in political hot water on numerous occasions, and ultimately incarceration with hard labor on the infamous Robben Island prison. His stance and peaceful resistance against Apartheid became the universal template for effective social and economic rejuvenation that inspired millions around the world.

Remembering the dark days, he once said: “I am fundamentally an optimist. Whether that comes from nature or nurture, I cannot say. Part of being optimistic is keeping one’s head pointed toward the sun, one’s feet moving forward. There were many dark moments when my faith in humanity was sorely tested, but I would not and could not give myself up to despair.”

What would “Tata” have said about Africa’s ongoing economic and political evolution? Would he have endorsed the African Development Bank’s ‘High 5’ initiative? What counsel would he have offered the Bank about how to galvanize social equity and investments for Africa?

One thing is certain: Mandela’s life and legacies represent the ideological foundations of modern African society. As President of South Africa from 1994 to 1999, Dr. Mandela provided visionary leadership. His budget address marking his first 100 days in office on August 22, 1994, remains as relevant to South Africa and Africa today as it was then. On the matter of trade, manufacturing, economic development and national competitive advantage, he said: “The challenge in this regard is to find creative, integrated and cost-effective strategies to restructure our industries in such a way that our products become more competitive on the international market….”

His vision is mirrored in the Bank’s roadmap for accelerating Africa’s industrialization.

Today, the African Development Bank Group remembers Mandela for his lifelong devotion to the cause of Africa, his contributions to humanity and his desire for the social and economic emancipation of the continent. His life’s work offers great lessons for contemporary leaders and architects of Africa’s economic transformation. “It always seems impossible until it’s done,” Mandela once said.

In 2018, while Africa still faces critical economic challenges, the continent is home to six of the world’s 10 fastest-growing economies: Côte d’Ivoire, Djibouti, Ethiopia, Ghana, Senegal and Tanzania. By 2030, it is projected that Africa will be home to 1.7 billion people, whose combined consumer and business spending is expected to reach $6.7 trillion.

As Africa’s foremost development finance institution, the African Development Bank is paving the way to industrialize and fully digitize economies in Africa.

Long before the arrival of the African Development Bank in 1964, the Organization of African Unity (now the African Union), Mandela and his cohorts had a vision of a modern, egalitarian, integrated, interconnected, industrialized African society. Their intellectual and ideological contributions to the advancement of humanity created these institutions. They also created the initial roadmap for the growth and development of the continent.

Money: Your views about me must change 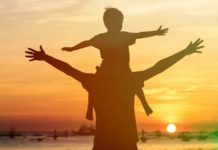 Children do what parents do 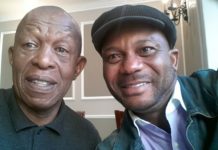 How much are legal fees? – Costs of hiring different types of lawyers

The fluency of presentation in legal practice (2)

BoG unhappy with low credit extension to agriculture and SMEs