Perseus Mining has produced a record quantity of gold from its two West African mines and in the process has emphatically demonstrated the success of its plan to transform from a single mine producer into a successful multi-mine, West African focused explorer, developer and gold producer.

Perseus Mining’s quarterly gold production of 83 881 ounces includes 57 861 ounces from the Edikan gold mine in Ghana and 26 020 ounces of gold from the recently commissioned Sissingué gold mine in Côte d’Ivoire.

On a half year basis, Perseus Mining produced 147 908 ounces of gold, comfortably within its previously announced production guidance range of 140 000 to 160 000 ounces of gold.

Combining the two half years of production, Perseus Mining’s annual gold production for the financial year ended 30 June 2018 was 255,916 ounces, an improvement of 45% relative to the previous financial year and the best annual production in the company’s history, by a significant margin.

“Over the last 18 months, Perseus Mining has been steadily improving its production performance at Edikan and with our second mine, Sissingué, successfully coming on stream earlier this year, we have been able to move our production to another level, allowing us to achieve a number of production records and strong operating cash flows this quarter,” comments Perseus Mining MD and CEO, Jeff Quartermaine.

“This strong performance is important for Perseus Mining in the context of our next development, the Yaouré gold mine, which we plan to start developing later this year.

“Based on current market conditions, it is expected that Yaouré will be financed from internally generated cash reserves and debt that is in the process of being arranged,” he continues. www.miningreview.com

AngloGold puts Iduapriem Mine target at 273,000oz …says Obuasi to produce by end of 2019 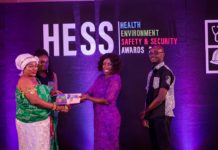 Kinross Chirano honored for its performance in environmental preservation 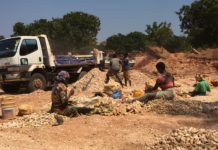 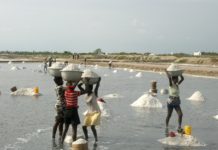 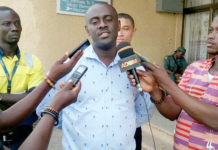 Gold worth billions smuggled out of Africa

Managing the risks of small-scale mining

Shops,markets to close for AMA clean up exercise on Dec.2