This is the first of a three-part series on the importance of interoperability in the payments space. In this article we look at the early history of electronic payments and how interoperability played a key role in the success of credit cards and ATMs. In the next article we will take a closer look at the history of mobile money and how it might evolve in the future. Finally, we will ‘Make the Case for Interoperability’ and lay out some of the lessons learned, and how the mobile payments industry could apply them going forward.

The Evolution of Payments

By enabling the smooth transfer of funds, payment systems are a key component of a functioning economy. Payment systems are constantly changing and evolving, as people look for ways to make transactions more seamless and safe. By looking back at how these systems began some examples of success, it is possible to look forward and see how the future of payments might look.

While various types of credit notes and cheques emerged all over the globe throughout history, one of the first global systems to displace cash was the credit card.

The history of the credit card is rooted in the history of credit itself. Early systems of everyday credit were used by merchants who would offer patrons the option of having their purchases recorded in a ledger book and paid off at a later date.

As society become more urbanised however, giving regular customers individual service became more difficult, as merchants could no longer recognise all patrons on sight. It was at this point that some retailers began to create their own systems for identifying customers, using a unique number or personalised card, that ensured the patron credit at the store.

While these store cards were a popular customer loyalty tool, they were completely managed in-house and were only accepted at the store where they were issued.

This changed in 1950 when Frank McNamara and Ralph Schneider first had the idea for the Diners Club Card. This allowed users to sign for their meals at a variety of restaurants in New York City and only be billed later. The club started in with 14 participating restaurants and 200 members. This expanded to 42 000 cardholders in the first year and 300 000 members by the end of five years.

After seeing the success of Diners Club, other cards began to emerge. In 1958 the Bank of America launched BankAmericard by mailing out 60 000 unsolicited cards to residents of Fresno California. In the 1960 a group of banks based in California came together to create a rival to the BankAmericard known as the ‘Mastercharge Program’.

Both of these gained popularity, and authority over the next few years. BankAmericard was eventually renamed to Visa, to reflect its growing international presence, while the Mastercharge Program eventually became Mastercard. The key success factor of these cards was that the bank card associations created an open-loop system, relying on interbank cooperation and the seamless transfer of funds between accounts at different banks.

By cooperating with each other, even while they were in competition, they were able to create a system where their payment method was widely accepted. It is not the card itself but the interoperability of the ecosystem within which it works that ultimately made it successful.

ATMs – the Digitiser of Banking and Payments

While the credit card was gaining popularity as a retail payment mechanism, banks were also looking for ways to serve customers better and enable transactions. One way that they achieved this was through the development of the ATM.

The world’s first automated cash dispenser, later known as an Automated Teller Machine, was deployed by Barclays Bank in London in 1967. This was followed by a number of similar devices which were developed all over the world.

Early ATMs had to solve many problems around identification. Some models worked with a token purchased at the banks which could be feed into the machine later and redeemed for cash.

Most importantly the ATM needed a way to identify the customer and what level of funds they had available to them. Because of this the ATM was one of the first devices to use real time networking.

While updating central records today is a simple concept, in the early days of the ATM a key design concern was creating ways to communicate with a central computer, so that clients could see their current balance. In 1968 IBM and Swedish savings banks began testing a networked cashpoint, and this became the starting point for widespread online authorisation.

Throughout the 1970s, engineers developed the back-end infrastructure and standards on which other elements of the payments ecosystem (such as credit cards and point-of-sale terminals) would eventually depend.

By working with credit cards, ATMs were not only able to solve the issue of customer identification, they were also able to connect to the interbank networks which the card associations had already begun. By taking advantage of this interoperable open-loop system ATMs could be used at both the interbank and the cross-border level.

This networked availability and the increasingly sophisticated banking services that are now available on ATMs has enabled banks to use ATMs to spread services to more remote areas, where a full bank branch would not be viable.

Mobile Money – The Payments of the Future

While credit cards and ATMs are often discussed as widespread, or even ubiquitous payment and banking methods, this is not always the case.

In Sub-Saharan Africa both ATM and card infrastructure and penetration is still extremely low. According to the World Bank there are less than 6 ATMs per 100 000 adults across Sub-Saharan Africa, and cash is still the dominant form of payment across the continent.

In order to address this gap, mobile money has emerged as a key system for both banking and payments across Africa.

Since the launch of MPesa in 2007, mobile money penetration has grown exponentially, having a major impact on financial inclusion, with the number of mobile money accounts surpassing the number of traditional bank accounts. This greater access to payments has improved service provision in many rural communities by offering a variety of financial services such as transactions, credit, insurance, and savings.

While mobile money offers a wide range of services, wider even than cards and ATMs combined, it is still a very immature system when compared to its banking and payments predecessors. Mobile money solutions are offered by a number of mobile operators and banks across the continent, but integration is still a major issue. Many mobile money operations are still siloed in the closed-loop phase with no interoperability between them.

At Nomanini we are looking at how successful systems of the past relied on cooperation and interoperability. If mobile money wants to see the same success as cards and ATMs, and become equally key to the banking and payments landscape, the systems need to open up and the service providers must work together to create the infrastructure to enable all transactions.

We don’t believe there is long-term sustainability for single service platforms, but rather a future in creating a seamless interoperable ecosystem. Looking ahead it is important for everyone in the mobile money ecosystem to start considering partnership and cooperation models. This will create a push towards an ecosystem approach, where anyone can pay for anything using any system.

By enabling the easy transfer of funds, an interoperable mobile money system would support economic growth and development and make payments easier and more seamless with a wider reach.

About Nomanini
Established in 2011, Nomanini, meaning ‘Anytime’ in Siswati, is an Africa-focused fintech company that organises the informal retail trade for financial inclusion. Nomanini partners with banks to create affordable and accessible points of service for payments and banking.

The company enables informal retailers to provide their communities with a range of mobile and financial services. Its modular range of merchant and agent transaction tools allow merchants to vend VAS products, and facilitate money transfers, bill payments and other banking transactions for people in informal markets.

Nomanini scales by engaging existing distributors of mobile services and fast-moving consumer goods to reach and manage retailers. Nomanini can do this with its advanced, multi-tenant merchant and agent management and transactions platform, with which it can increase activity rates driven by unique KPIs and data-driven insights.

For more information about Nomanini and our products, visit nomanini.com 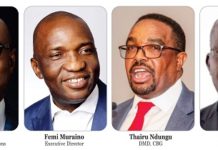 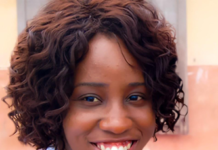