Ghana is yet to have standards for local production and monitoring of Grinding Media, a crushing material widely used in the mining industry, a senior member of the Ghana Standards Authority (GSA), Mr. Charles Amoako has said.

“Ghana does not have standards for this grinding media as at now. There are other available international standards that are obtained from the market,” he said

Mr. Amoako said this on behalf of the Chief Executive of the Authority, Prof. Alex Dodoo, at a one-day workshop in Tema organised by the Ghana Chamber of Mines (GCM) for stakeholders in the sector.

The workshop brought together various players within the manufacturing and local mining suppliers sector, and was aimed at helping to improve the procurement of locally manufactured grinding media for the mining industry and other industries in the country.

It was under the theme ‘The promotion of an enabling environment for the local manufacturing of the grinding media: Local content drive of the mining industry’.

Grinding Media is a heavy metal used to crush or grind material into a powder form – cement mineral – in a mill. Grinding Media is widely used in production lines for powders such as cement, silicates, refractory material, fertiliser, glass ceramics etc., as well as for ore-dressing of both ferrous and non-ferrous metals – especially in the mining and metals industries.

Mr. Amoako explained that a Memorandum of Understanding (MoU) between the Chamber and the Authority have been signed at top management level to ensure enactment of appropriate standards to monitor the local production of grinding media for the country’s mining sector.

“Presently, we have signed an MoU with the Chamber of Mines and these are some of the activities that we want to put under the agreement. We need to as a matter of urgency have all these standards which affect your industry in place as soon as practicable,” Mr. Amoako stated.

The Chamber of Mines is seriously pushing the manufacturing sector to understand the procurement list the mining industry requires and make sure they are equipped to supply items on the list.

Mr. Sulemanu Koney, Chief Executive Officer of the Chamber, said: “Our attention has been drawn to the fact that while there are different grinding media sizes used in the mining industry, the nature of ore it reduces dictates the production process and chemical composition of the balls as well. It is our expectation that we will have opportunity to discuss these issues in some detail.

“The Chamber is also aware of issues around the cost of electric power, which is a major challenge for manufacturers of grinding media.  While the cost of power has seen a decline in recent times, it is our expectation that as the indigenous gas component of the energy mix increases we should witness a further decline in power tariffs to generic industry so as to make firms more competitive.”

Available statistics from the Minerals Commission indicate that of the US$60.6million worth of grinding media demanded by the mining industry in 2016, only US$25.6million was produced locally.

This therefore means that the mining industry provides a manufacturing opportunity of US$35million worth of grinding media to be produced locally.

This development has pushed the Chamber to begin proceedings to set up a technical team that will harmonise various specifications to arrive at national standards for grinding media.

Mr. Koney said that the mining industry having the potential to provide more value beyond the substantial payments it makes to government is not lost on the Chamber.

It is instructive to note that in the last six years, except in 2014, the Ghana Revenue Authority indentifed the mining industry as the leading contributor to domestic tax collections.

For instance, in 2017 the mining industry paid GH¢32.16billion to the GRA – representing 16.3% of domestic tax revenue and an increase of 31% over what the Authority mobilised in 2016.

Citing a study initiated by the Chamber a few years ago that captured the catalytic role of the mining industry, Mr. Koney said: “Most value added is supported directly by the mining companies; most jobs are actually supported in their value chain through supplier expenditures and the re-spending of salaries.

He added: “The sample of seven mines directly contributed US$796million to the Ghanaian economy in 2013.  Once the indirect impact of the mines expenditures on goods and services in the supply chain is taken into account, this figure rises to US$1,556million.

“If local procurement is increased by 25%, value added to Ghana’s economy will increase by US$50million.”

He mentioned that standards are a critical tool for effective marketing. At the least, they give consumers emotional assurance that the product is fit for purpose.

“Mining companies have good reasons to support the procurement of locally manufactured inputs. While these may not be altruistic, the business case is paramount.”

Mr. Koney noted that having reputable companies manufacturing and supplying good quality inputs will give mining companies the necessary peace of mind. It will obviate the need for them to keep stock, thereby improving their cashflow and reducing their working capital.

As an industry that is essentially a price-taker – an output whose price a commodity, such as gold, whose price is externally determined – any endeavour that improves efficiency, productivity and costs will come in handy.

However, the challenges of poor or inconsistent quality, delays in delivery of inputs produced locally are banes which need to be addressed.

“It is our considered view that having a Ghana Standards Authority logo embossed will provide a vote of confidence in the quality of these inputs.  It will help deepen supply of locally manufactured goods into the supply chain of the mining industry, both in Ghana and the sub-region.”

“It is our expectation that a Ghana Standards Authority logo will improve your business,” Mr. Koney stated. 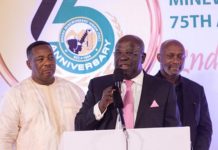 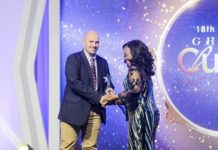 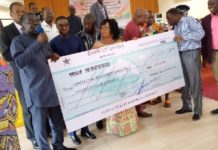 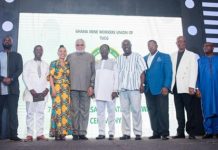 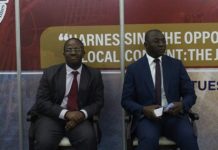 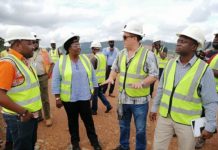 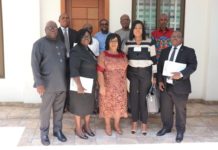 The Fishing Sector: an industry left behind …contributed only 1.2% to...