Ghana Re-Insurance Company, the nation’s foremost re-insurer, has paid a dividend of GH¢6million to government in addition to the interim dividend of GH¢3million paid in December, 2017. Bringing the total of dividends paid to GH¢9million in the 2017 financial year. Mr. George Otoo explains this represents a 50% increase over the GH¢6million paid for the year 2016.

Addressing the company’s 15th Annual General Meeting in Accra last Thursday, Mr. Otoo- the Board Chairman of Ghana Re, said the company has received clearance from the majority shareholder (government) to raise its stated capital from GH¢85million to GH¢100million.

According to him, the move is in anticipation of the yet to be announced new minimum capital for insurance and re-insurance companies in the country by the National Insurance Company. This initiative is also to help the company underwrite emerging and large-risk portfolios such as oil and gas, as well as enhance its international credit/risk rating.

He said the insurance regulator had hinted that in order to increase the retention capacity of insurance and re-insurance companies in Ghana, it will announce a new minimum capital requirement by the close of 2018.

Mr. Edward Borteye, Head of Public Entities Unit of the Ministry of Finance, representing government approved the request to transfer the stated amount to enable Ghana Re increase its capital.

Mr. Otoo indicated that the company’s strategy is to expand its reach both domestically and externally, as well as position its brand among the top-ten African re-insurance companies to ensure growth in both premium and profit.

“Your company will seek to generate and increase revenues from oil and gas, rackful, special risk and other emerging risks. Our Kenya subsidiary after obtaining an operating licence intensified its effort to take advantage of business opportunities in Kenya and other East African markets to boost business performance of the group.”

According to him, with a branch office in Cameroon the company will continue to leverage on the local content law within the CIMA Zone to serve and enhance business relationships with members of the zone.

“In the ensuing years, your company will strengthen profitable strategic alliances with selected insurance and reinsurance companies, and introduce new strategic partners as and when necessary,” Otoo said.

The company will also continue to undertake human capital development, not only for its staff but also for the entire industry to promote professionalism and very good business relationships. 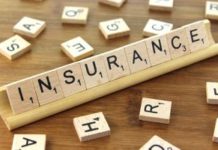