For Ghana to realize its target of 10 percent renewables in the total energy mix by 2030, a local nongovernmental organization devoted to helping to reduce carbon emissions, 360 Ghana, has called for senior high schools to be waned-off the national grid.

As an alternative, 360 Ghana said senior high schools should be made to use renewable energy, with the support of government.

This, they noted, will also help management of the various schools to retain and channel their little but scarce resources to other essential areas since they will be cutting cost by not remaining on the national grid.

The adoption of renewable energy technologies such as solar for lighting and powering electrical gadgets is believed will significantly reduce the reliance on electricity, and thereby helping to reducing carbon emissions.

This call comes at the backdrop of the change of the government’s goal of attaining an increase in the penetration in the energy mix from one percent to 10 percent by 2030, instead of the 2020 that was set by the Energy Commission.

The shift to renewable energy is particularly in line with fulfilling the Sustainable Development Goals (SDGs), Goal 7, which talks about “Affordable and Clean Energy.”

The National Coordinator, 360 Ghana Reducing Our Carbons, Portia Adu-Mensah, observed that climate change is real therefore the adoption of affordable and clean energy such as solar and wind energy must be encouraged, as part of the climate actions needed to address it.

She maintained that as people embrace the idea of renewable energy it will pave the way to have surpluses from the power generated to be exported.

Portia Adu-Mensah who was speaking in an interview during a sensitization programme, on renewable energy, at the St. Louis Senior High School, in Kumasi, also commended the government in its effort to accomplish the renewable energy goals but insisted that more work needs to be done to make their goal a reality.

It is in view of this that 360 Ghana Reducing Our Carbons, an informal network of youth groups mobilizing and empowering young people to promote renewable energy systems, is embarking on a nationwide campaign to encourage schools to go into the use of renewable energy.

The Group believes that the adoption of renewable energy systems is a key effort in combating climate change.

The engagement also sought to educate students about renewable energy whilst also exposing them to some emerging renewable energy technologies that can help schools and communities to become energy efficient.

St. Louis Senior High School is the first public school in the Ashanti region to have installed solar panel system, with the support of some benevolent individuals and some old students group, to augment power supply from the national grid. 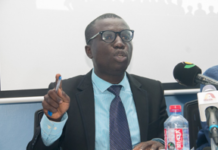 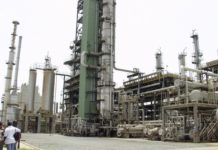 Imports to be disinfected at ports effective Jan. 2018